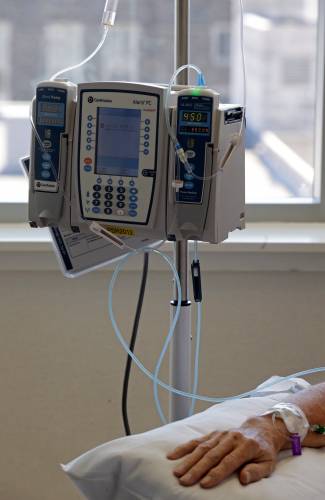 A faulty pharmacy refrigerator at the Queen Elizabeth Hospital in Charlottetown led staff to discard $465,000 worth of chemotherapy drugs out of an abundance of caution, Health P.E.I. says.

Last November, staff at the QEH realized temperatures in the machine being used to store the cancer-treatment medication had been fluctuating up and down for more than five months

That meant that at least some of the time, the drugs were being stored at temperatures above the pharmaceutical manufacturers' recommendations.

The recommended maximum temperature was 8 C, but temperatures inside the industrial cooling unit went as high as 15 C, hospital staff learned from the fridge's logs.

Dr. Michael Gardam, chief executive officer of Health P.E.I., said the first priority of medical staff was finding out whether the safety or potency of the drugs given to patients would have suffered.

"We've gone back to the manufacturers to say: 'Do you have data that [says] these drugs are still usable?' And the answer is yes."

It took several months for Health P.E.I. to get the answers from all the drug companies with products in the fridge.

An infusion drug to treat cancer is administered to a patient via intravenous drip in this file photo. (Gerry Broome/The Associated Press)

The last company did not reply to the province until Thursday — more than 11 months after the problem was noticed.

"This thing has dragged on longer than it should have," Gardam said. "All the information that we have gathered to date has told us that this was a no-harm event, that it did not harm patients."

It's really important … that when something happens, you be honest about it. You disclose it. You be truthful.— MLA Michele Beaton

A spokesperson for Health P.E.I. told CBC News late Thursday that "fewer than 200" patients had received cancer-fighting medications while the refrigerator was malfunctioning.

Health P.E.I. is not seeking or expecting any insurance compensation for the cost of the discarded drugs, since the agency owned the older-model fridge and was responsible for its upkeep and monitoring.

The province's Official Opposition learned details of the incident and the chain of events that followed through a freedom-of-information request. 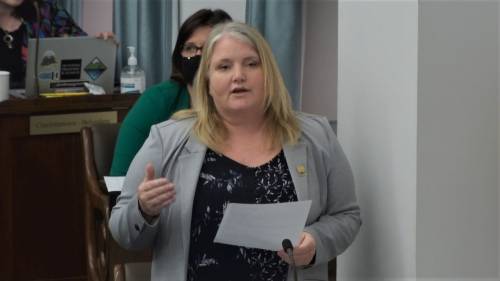 Green MLA Michele Beaton, shown in the P.E.I. Legislature in May, says cancer patients should have been informed about the chemo drug issue. (Province of P.E.I.)

Green Party Health critic Michele Beaton told reporters in a briefing Wednesday she believes Health P.E.I. should have informed patients treated during the months in question of the issue.

"There's a lot of bonds that are made over the course of treatment, and it's really important … that when something happens, you be honest about it. You disclose it. You be truthful. And that allows them to then ask the questions that they need to ask."

Gardam disagrees, saying it would have been irresponsible to make the problem public without knowing all the facts.

He said health officials consulted Canadian guidelines for when patients should be told about a behind-the-scenes issue, wanting to prevent unnecessary anxiety at an already-stressful time.

There is no scandal here. We were following all the appropriate guidance.— Dr. Michael Gardam

That protocol says it is at the medical system's discretion to inform patients when an incident has occurred that might have been worrisome but did not harm them.

"It actually causes harm by disclosing," Gardam said. "I worry that it is going to be causing harm needlessly."

Near miss called 'a gift'

Health P.E.I. has taken the lesson of the pharmacy fridge to heart, Gardam said. 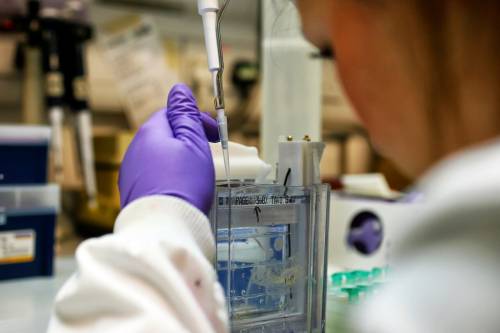 The province will foot the bill to replace $465,000 worth of cancer drugs that had been stored in the older-model pharmacy refrigerator. (Stefan Wermuth/Reuters)

"We have learned from this event that we did not have a redundant system to rapidly identify a fridge failure," he wrote in an Oct. 8 letter to Green Party MLAs.

"We have put new safeguards in place and this type of event should never happen again.

"In a way, near misses like this are a gift as they show the weaknesses in our system."

The agency will also take steps to make sure staff "feel comfortable bringing these issues forward so that we can improve," he added.

The province's oncologists have also been informed about the medication issue and asked to report any unusual patient experiences, he said.

"There is no scandal here. We were following all the appropriate guidance."

Previous : No Time To Die end credits scene: Is there a James Bond post-credits scene?
Next : Bank of Canada chief: Supply chain problems mean inflation set to be more stubborn