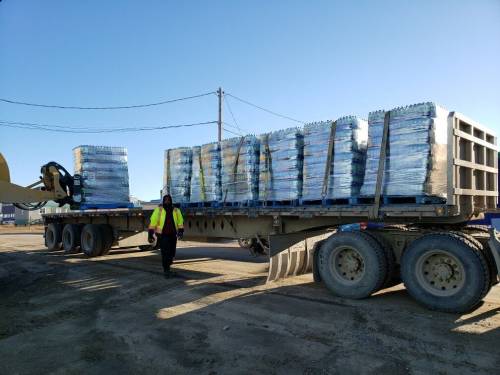 The Canadian Armed Forces will be stepping in to help with the water crisis in Iqaluit.

The city has been in a state of emergency since Oct. 12, when staff confirmed evidence of fuel contamination in the city's treated water supply. Residents have been told the water is unsafe to drink even if it's filtered and boiled.

On Friday, Public Safety Minister Bill Blair said the federal government has approved a request for help from Nunavut.

"We will always be there to help Canadians deal with an emergency," Blair tweeted. "We have approved a request … for [Canadian Forces] support to provide the people of Iqaluit with access to safe drinking water."

Defence Minister Harjit Sajjan also tweeted that the military will be "on the ground in Iqaluit to help produce drinking water for the people of Iqaluit."

📍Nunavut: Our <a href="https://twitter.com/CanadianForces?ref_src=twsrc%5Etfw">@CanadianForces</a> members will always be there to support communities in their time of need. In response to a request for assistance, we will be on the ground in Iqaluit to help produce drinking water for the people of Iqaluit. <a href="https://t.co/y4uGRpxcbi">https://t.co/y4uGRpxcbi</a>

Officials in Iqaluit are set to hold an update on the city's water crisis at 5 p.m. ET.

In an email to CBC News earlier this week, the city said it was looking into "mobile and alternative" water treatment system options as the city-wide emergency continues and temperatures dip.

City workers and residents have been collecting water from Sylvia Grinnell River, but an alternative solution is needed as the river starts to freeze over, Mayor Kenny Bell told CBC News Network on Wednesday.

"It's getting into a dire situation," he said.

Mayor Kenny bell says he's grateful for the donations of bottled water that landed in Iqaluit on Friday. (Kenny Bell/Twitter)

Iqaluit city council voted unanimously to extend the local state of emergency on Tuesday. Such declarations last seven days before they need to be extended.

During the interview on Wednesday, Bell said about 200,000 litres of clean water had been flown in over the past few days, including 54,000 litres delivered by airbus from Europe. 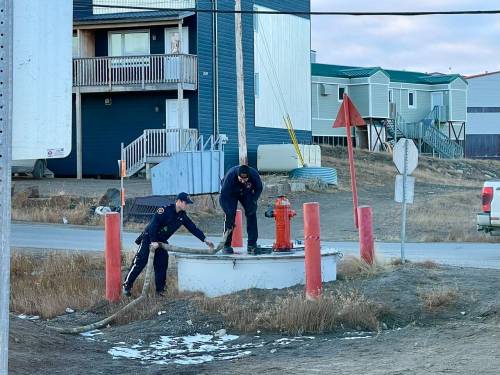 City firefighters flush contaminated water out of a hydrant in Iqaluit. (Jane George/CBC)

It has been "taxing" trying to get water to everyone, he said, as many residents are food insecure and may also not have a car to go pick up the water.

But deliveries are going out to those who can't get water themselves, he said.

"Our community has been fantastic."

Iqaluit Mayor Kenny Bell told CBC on Wednesday that the city would need an alternative water source option as the river is freezing up. (CBC)

Bell said more engineers were set to arrive on Wednesday to inspect the city's water system. He said the two tanks where the city's water is stored are massive cement units that sit in the ground below the water treatment facility, each able to hold about 100,000 litres of water.

Previous : Boyfriend of murdered Gabby Petito eaten by alligators and wild pigs, locals say
Next : Senior soldier returned to leadership role after investigation into alleged use of racial slur