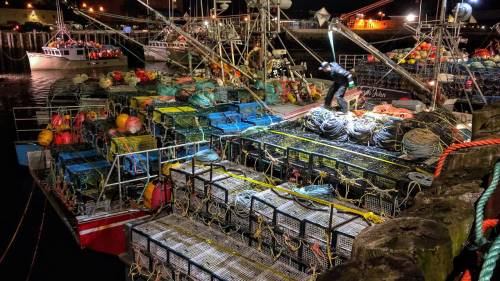 The federal government is demanding 4,193 Canadian fishers repay $25.8 million in COVID-19 relief assistance paid out in 2020 under the Fish Harvester Benefit and Grant Program, CBC News has learned.

More than half the harvesters issued overpayment letters are in Nova Scotia, where 2,382 have received notices totalling $13.8 million, according to data released to CBC News by the Department of Fisheries and Oceans.

DFO said many harvesters were ineligible because they were regular wage-earning employees rather than self-employed sharepersons, as required under program rules.

"Canada Revenue Agency data appears to indicate that a significant number of applicants have filed incorrect tax information with respect to the nature of their income," DFO spokesperson Barre Campbell told CBC News.

"It's a mess," said Nickerson, a lobster boat crewman. "They gave me something when I really needed it, and now they want it back."

Nickerson is paid a share of the catch and saw his income drop in the first half of 2020 when COVID-19 crashed demand for lobster worldwide.

The fish harvester benefit was created to help fishers not eligible for other assistance.

Self-employed fishers or sharepersons could get up to $10,164 in two instalments. Under Phase 1, 60 per cent was paid in the fall of 2020 and rest is available this fall.

Fishers had to estimate the drop in income compared to earnings in 2018 or 2019. The attestations were checked against actual earnings in the spring of 2021 when fishers filed their tax returns.

Fishers in each province and territory have received overpayment notices. Among the provinces with the most money owing, DFO said 481 harvesters in British Columbia have been issued repayment notices for $3 million; 473 in Newfoundland and Labrador for $3.4 million; 296 in New Brunswick for $1.5 million; and 93 in P.E.I. for $1.26 million.

The fishers have until Friday to file an appeal. The deadline to appeal has been extended three times.

'They dangled the bone'

Like many, Nickerson fell afoul of the rules because he filed an income tax form indicating he was a wage earner even though his pay is based on a share of the catch.

Nickerson has received an overpayment letter demanding $6,000 — money he said he does not have and regrets taking.

More than 18,000 fishers received the harvester benefit in Phase 1 of the program, which has paid out a total of $130 million.

In some cases, DFO said recipients did not meet the threshold of a 25 per cent drop in income last year.

"In other cases, applicants who attested to being self-employed shareperson crew — who would typically be eligible for the benefit — did not have tax data on file with CRA that supported their claim that their income came from self-employment. Because the recipients did not qualify for the payments, this is not considered a clawback," Campbell said.

Some say the overpayment letters reflect a misunderstanding about how the inshore fishery works in some provinces.

"Almost everybody is being asked to send it back for the reason they're receiving a share of the catch, but they're not shareholders in the business, and that's kind of where the challenge is coming in," he said.

D'Entremont said the government was warned this problem could arise.

"People are paid a share, but that number is broken down into a different kind of payment at the end of the day," he said. "They didn't listen to us and now we're into lots of folks having to pay the money back." 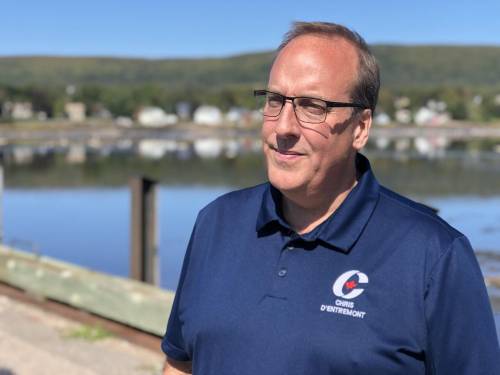 The Conservative MP for West Nova, Chris d'Entremont, is calling on the federal government to forgive the first instalment of the fishery relief funding. (Steve Lawrence/CBC)

Three different federal departments are involved in the harvester benefit: DFO, Canada Revenue Agency and Service Canada, which is administering the program.

"One hand doesn't know what the other is doing," said Ronnie Newell of Island Tax and Accounting in Barrington, N.S.

"Do they think they work at Walmart? There is no hourly wage here. If they go out and don't catch anything on a trip, they don't get paid. Nothing."

Newell is helping navigate crewmen through the process. In many cases, he filed their tax returns.

He said captains have been encouraged by the federal government in recent years to classify crewmen as employees. 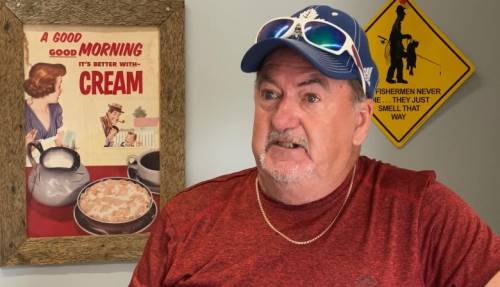 Newell said right now, crewmen who made the same amount in 2020 are being treated differently. Some get to keep the harvester benefit, while others have to pay it back.

The repayment demand does not make any sense to Jimmy Atkinson, a lobster boat crewman also from Clarks Harbour.

He's one of many on Cape Sable Island to receive an overpayment letter.

"I'm a bit confused on this," said Atkinson, 60. "This was all based on the COVID dilemma. What makes a difference how we was paid, if it was something that the government actually came out with to help us?" 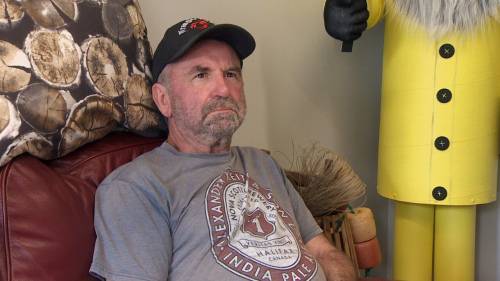 Lobster boat crewman Jimmy Atkinson of Clarks Harbour, N.S., was one of many who received an overpayment letter. (CBC)

DFO said this is less a matter of box-ticking than about accurate income reporting.

The Canadian Independent Fish Harvesters Federation said applicants were given incomplete and incorrect information when they applied for assistance last year, and that same misinformation was passed on to accounting professionals hired by the applicants.

It's asking DFO to extend the appeal deadline another month and change the rules.

"It is now clearly evident that the government failed to design the program based on how taxes are filed in the fishing industry," federation president Melanie Sonnenberg wrote to DFO deputy minister Tim Sargent last month.

Not easy to change course

Overturning the ruling is not easy.

Crewmen will be required to get their captains to write to DFO and CRA notifying them of the mistake in their status, and confirming they are a shareperson. Finally, they must convince CRA to amend their T4 slip.

D'Entremont said DFO has to back off its overpayment demands and forgive the first instalment.

"The department has to extend this much further and just sort of say, 'Hey, we made the mistake, not you. We're going to fix it by letting you keep that first round of money,'" d'Entremont said.