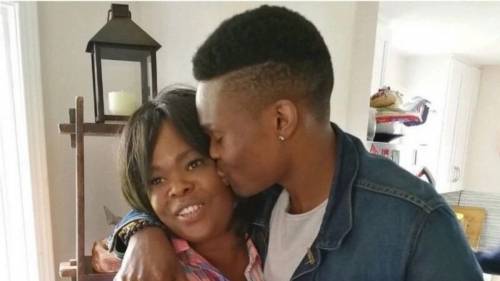 A man who volunteered countless hours to coach basketball and serve with organizations to make Calgary "a better place" was shot down by a stranger outside a downtown nightclub while defending a female friend from unwanted sexual advances, police say.

John Mitchell Smith Jr., 31, who had made Calgary home for years after moving from Washington to play college basketball, was a victim of a "random crime," police said in a statement Wednesday as they released images of the suspect and appealed for the public's help.

Smith "was a man that volunteered countless hours coaching basketball and serving with organizations that make our city a better place," Staff Sgt. Martin Schiavetta with the Calgary Police Service homicide unit said in the release.

"Helping his friend cost him his life and we will do everything we can to bring his killer to justice."

Police were called to Junction Underground nightclub, which is located on Eighth Avenue S.W., just before 2:45 a.m. Sunday for reports that someone had been shot outside the bar. At that time, police transported Smith to hospital, where he died shortly later.

Police believe Smith left the nightclub with a female friend around 2:30 a.m. when two men, who were loitering outside, started making unwanted sexual advances and physical contact with the woman.

Smith was a mentor and trainer to youth in the U.S. and Calgary, his family said. He had planned on returning to the Southern Alberta Institute of Technology, where he had been president of the Black and Indigenous Student Union, to finish his degree in business administration and play his final season of basketball. (Calgary Police Service)

Smith intervened and a man shot him.

The attacker also accidentally shot the man who was with him, police said. The second man fled the scene in a black Mercedes sedan with B.C. licence plates and drove himself to Foothills Medical Centre, police said. He's not co-operating with the investigation.

Police also shared a statement on behalf of Smith's family.

"John was not only a brother and son, but our best friend. He had a heart of gold, was brilliant, funny, talented, driven and authentically himself. He was truly a revolutionary embodiment of Black joy. He made everyone around him feel seen, heard and empowered to self love. He was a protector," the Smith's family said in a statement.

"John excelled on and off the court. He was a mentor and trainer to youth in the States and Calgary. He was also the president of the Black and Indigenous Student Union and a budding model. He planned on returning to SAIT [Southern Alberta Institute of Technology] to finish his degree in business administration and play his final season of basketball.

"We are devastated by his passing. A huge piece of us is gone. Our family is forever broken. He is left behind by his family and girlfriend, whom he truly loved." 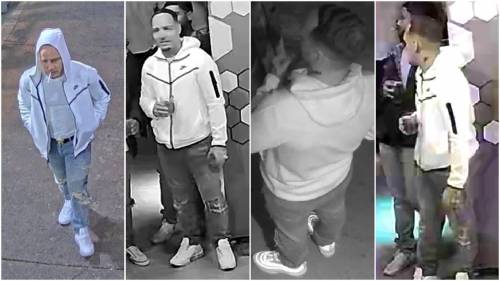 Police released these photos of a man they say is a suspect outside the Junction Underground nightclub on Eighth Avenue S.W. in Calgary. (Calgary Police Service)

Police say the suspect is shorter than six feet tall, with a visible tattoo on his neck and dark, wavy hair. He was wearing a white Nike tracksuit top, blue jeans and white runners.

Police say anyone with information on the homicide, or the suspect's identity, can call the non-emergency line at 403-266-1234. Tips can also be submitted anonymously to Crime Stoppers.

Investigators also want to hear from anyone with dashcam, cellphone or CCTV photos or video from the area that night — especially if it seems to capture the suspect or the black Mercedes.

Previous : $5-8 million for a half-shredded Banksy? Try Sotheby’s
Next : Bodybuilder showed charred body of murdered teen to her sister in threat