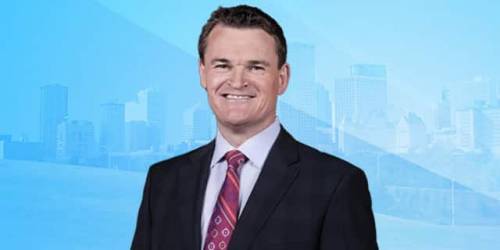 While Team Revolution Hockey Club players had their eyes on the puck during a game at George S. Hughes Arena in south Edmonton on Nov.14, their goaltender had his ears fixed on them.

That's because Nelson Rego, the team's substitute goaltender for the game, is fully blind.

"I see with my brain," he told CBC's Edmonton AM on Monday. "A lot of it is hearing. I'm trying to focus as much as I can, like people say kind of get into the zone.

Rego would listen for the skating, jostling, the puck hitting the boards and through those sounds, would determine the position of the puck.

Rego became visually impaired in 2001 and, though doctors don't know why, his eyesight continued to deteriorate until he was fully blind.

As a lifelong fan of hockey, he had always wanted to play, which is why he decided to join a blind hockey team in the city called Edmonton SeeHawks which assigned him to play goal.

Edmonton AM7:56A courageous local hockey player who isn't your regular goalieEdmonton's Nelson Rego who is 100% blind subbed in as goalie for a sighted league team in Edmonton and did a great job! 7:56

"They took a look at me and they felt like, 'Well, you're a pretty big guy and you make up a good portion of that net. So how about we put you in that net," Rego said.

Regular hockey is different from blind hockey in two aspects. The goals for blind hockey are a foot shorter and the puck is just under twice the size of a regular puck and made of thin metal with noise-making ball bearings inside.

" As a goaltender, it's quite painful getting hit by that puck," Rego said.

The chance to play for a sighted team came to him on Facebook. An acquaintance had posted in a group about the need for a goalie. When Rego suggested himself, the person said he would get back to him after talking to the captain.

Rego said he was sure he would be turned down. "But no, he came back and said, 'The team is 100 per cent in and they're all excited about it,'" he said.

Once he was selected, Rego admitted he was nervous to play for the team in a Capital City Recreational Hockey League game.

"I was pretty scared because, you know, I don't know any of these guys there," he said.

"But as soon as I got in the dressing room and people started showing up, I realized, 'Oh, this could be a good experience.' And by the end of the night that good experience turned into an incredible experience."

The team had even made a jersey for Rego with his name on the back.

"Someone has got some sewing skills on that team," he said. 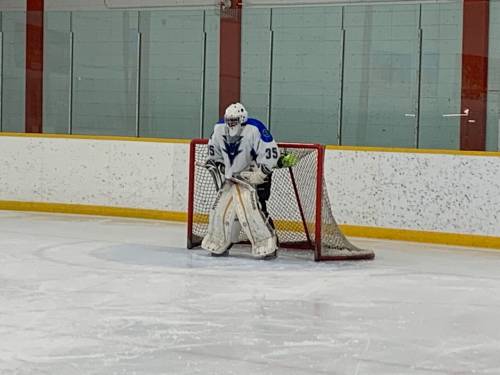 Rego plays goal on Nov. 14 at Revolution Hockey Club. Rego was the only blind player on either team. (Jonathan Hunter )

The final score was 9-8 loss to the Cheddar Hockey Club.

Rego managed to make a glove save although he wouldn't take credit for it. "I don't know how that got in there," he laughed, "but I made some decent saves."

Wanting to play hockey since he was a kid and not having an opportunity, Rego said Saturday's game will stay with him forever.

"I will never forget this," he said.

With files from Pippa Reed

Previous : Immigration out of control in France, says presidency hopeful Barnier
Next : Federal officials trying to convince Americans that P.E.I. potatoes are safe, after outbreak of wart infection