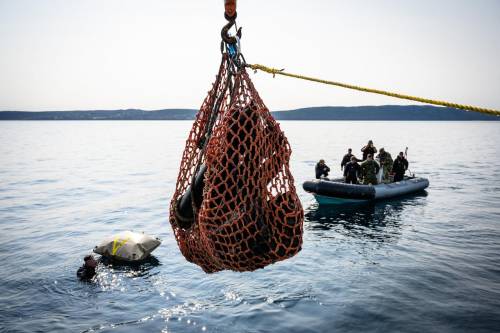 Military divers have returned to Newfoundland waters to finish a job that began two years ago: removing ammunition and explosives from vessels sunk during the Second World War.

During the war, in an attempt to prevent iron ore supplies from reaching Allied forces, four ships were sunk by German U-boats off the coast of Bell Island in Newfoundland's Conception Bay.

The unexploded ordnance on these ships remained intact for 76 years, until the Joint Task Force Atlantic undertook a mission in July 2019 to remove 82 unexploded shells and two boxes of rounds from the wreckage — about half of the artillery shells and ammunition present, according to the Canadian Armed Forces.

Now they're back to finish the job.

Surface weather and underwater visibility can often be a challenge for these operations, but conditions have been good so far — better than good, in fact.

The team of 29 specialized divers began the effort on July 11 and aims to be finished clearing out the ordnance by July 30, but changes in the weather could delay the process.

Most of the remaining explosives are stored in the ships' ammo lockers, Beaton said, and are therefore not armed. But the risks associated with explosive weapons are still there, he said.

"Typically, they would have to be fired out of a weapon for it to be considered armed," he explained. "However we are taking all precautions and treating it as though they are armed … so that's something definitely at the back of your mind."

Underwater contamination can also make the ordnance dangerous, and it's difficult to assess whether any ordnance could still explode from appearance alone. 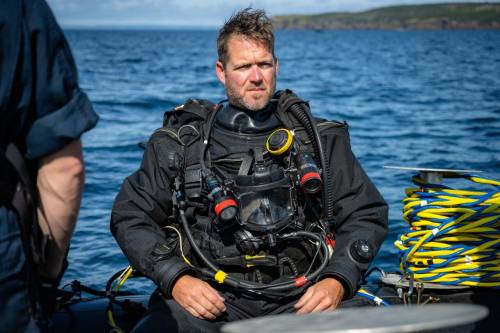 "Unless we were down there with some type of an X-ray machine, you couldn't definitively say," said Beaton. "That's why we handle them with the utmost caution."

After the ordnance is removed from the water — brought up to the surface and pulled out in Long Pond Harbour — it needs to be transported for demolition at a private quarry in Holyrood, Nfld., about 20 minutes away.

A segment of nearby Route 62 will be closed to minimize traffic in the area during the controlled detonation.

The shipwrecks are a popular dive site and any underwater detonation would risk damaging the vessels and the local marine ecosystem. 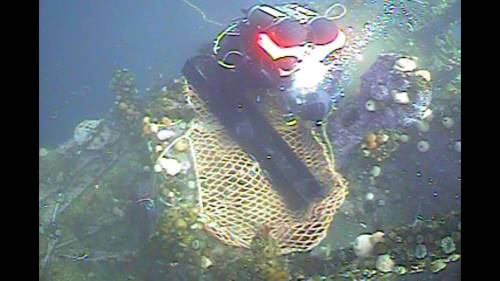