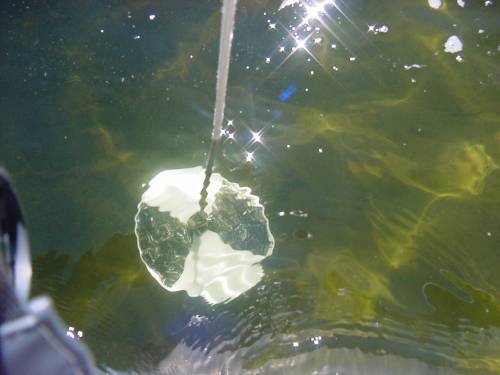 Bad news for fishing: Climate change is sucking the oxygen out of lakes, study suggests

Fish could be left gasping for air as oxygen levels plunge in the world's freshwater lakes due to climate change, a new study suggests.

"The Earth is getting warmer. And as it does, the lakes are less capable of holding oxygen. And oxygen is needed for every living thing," said Peter Leavitt, a University of Regina biologist who co-authored the study. "There's less for fish to breathe. And that has a knock-on effect on pretty much everything in the lake."

The study, led by Stephen Jane, a PhD student at the Rensselaer Polytechnic Institute in Troy, N.Y., looked at changes in oxygen levels from 393 temperate lakes between 1941 and 2017. They were mostly in the U.S. and Europe, but included a couple in New Zealand and three sets in Canada:

How bad is the problem?

The researchers found that from 1980 to 2017, oxygen levels fell by about five per cent near the surface and 19 per cent in deep waters, they reported in the journal Nature last week.

The fact that water can't hold as much oxygen at warmer temperatures is a main factor in decreasing oxygen levels in both lakes and oceans. When the surface waters warm, they also mix less with deeper waters, disrupting the downward flow of oxygen.

A sampling device is lowered into a lake in Muskoka, Ont., as part of an algae monitoring program. (Muskoka Watershed Council)

With lakes, there is also another issue: With climate change and excess nutrients such as sewage and fertilizers, algae grows more, then dies and decomposes, sinking and consuming oxygen in the process.

Leavitt said Wascana Lake in Saskatchewan was one of the lakes losing oxygen the fastest, putting it in the top 15 out of 393 lakes studied.

"So we're losing about 10 per cent per decade. It's a big number," Leavitt said.

In general, the deepest parts of the lake that are losing oxygen the fastest are also where the largest specimens of fish that are prized in sport fishing live.

"If you're losing the oxygen from the deep water and forcing them up into the warm water, it's not good for them at all," Leavitt said.

In some cases, they get replaced by species more tolerant of low oxygen levels, including invasive species.

According to Wascana Centre, the urban park where the lake is located, sampling in Wascana Lake in 2011 found only common white suckers. And since then, common carp have been increasing in numbers. Neither fish are game species.

Recent changes to lakes are also apparent in Ontario's Muskoka region, where the local watershed council wasn't involved in the new study but did start monitoring algae in a handful of lakes as part of a 2019 pilot project.

Algae blooms contribute to the problem of low oxygen in lakes. When the algae dies, it sinks to the bottom and rots, consuming oxygen in the process. (Muskoka Watershed Council)

Rebecca Willison, who is working on the project, said across Muskoka and Ontario, more algae blooms are being reported.

"And probably a lot of that is a result of the changing conditions we're seeing with climate change," she said. With hot, dry weather, algae blooms are happening in lakes that never had them before, she said, including those with low levels of nutrients, and later into the year.

Some of those blooms can be toxic, prompting authorities to order people not to drink the water or swim in it. "It's certainly a big impact on their enjoyment of the lake," she said.

How to reduce the impact

Leavitt said there are potential ways to reduce the impact of declining oxygen in lakes.

The quickest fix is to install pumps or other devices to boost water circulation.

"But they're expensive and they only work really well on fairly small systems," he said. 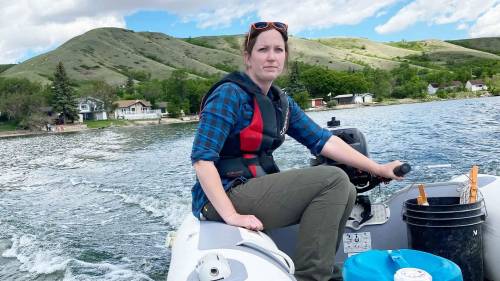 Climate change is sucking the oxygen out of Canada’s lakes

6 hours ago2:02Climate change is causing Canadian lakes to lose oxygen at a much faster rate than the world's oceans. 2:02

A medium-term solution is to reduce the excess nutrients flowing into lakes, by changing land use, farming and wastewater treatment practices.

"There's always a technological advantage to doing things in a less polluting way," Leavitt said. "But it does require a bit of innovation and that can be a challenge at a societal level."

It also takes time to see the effects — probably 20 to 30 years, he estimates. But it would still pay off, he said.

"I'd like people to think a little bit more broadly into the future about what they want the environment to look like for their kids in 30 years."

Willison said people who live on shorelines can help by increasing the amount of native plants and natural vegetation on their land.

"The more we can keep that natural, the better and more resilient our environment's going to be to whatever changes might come our way."

However, even those solutions will only have a temporary impact, Leavitt suggested. "The long-term solution is — well, we need to regulate greenhouse gases."

Previous : Katie Price undergoing liposuction op after putting on 2st ahead of IVF
Next : The head of the statue of Egerton Ryerson now on a spike at Land Back Lane in Caledonia, Ont.