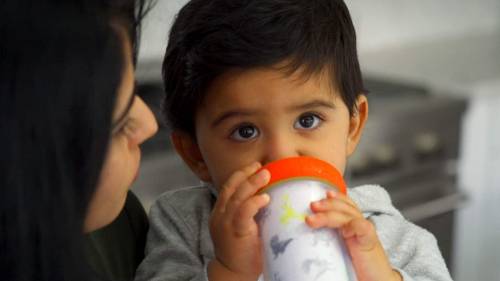 Baby diagnosed with a sprain had actually suffered a stroke

An Ontario mother says she had to take her baby to three different hospitals, and speak with six doctors in less than a week, to get an accurate diagnosis after he was injured in a fall.

"It's been traumatizing and it still haunts me," Sana Tayab-Mohammad, 34, told Go Public.

Her son Uzair, 11 months old at the time, was twice diagnosed with a sprained arm. In fact, he'd had a stroke and was suffering from partial paralysis.

Tayab-Mohammad says she understands it's highly unusual for a baby to have a stroke, but believes doctors should have seen that the baby's condition couldn't be the result of a simple sprain.

Studies show misdiagnosis affects 10 to 15 per cent of people who arrive at hospital emergency departments, according to an emergency room doctor who has studied and written a book about diagnostic failure. Dr. Patrick Croskerry, who teaches at the Dalhousie School of Medicine in Halifax, says the most common ailments likely to be misdiagnosed in ERs are heart attacks, sepsis and stroke.

Doctors have been known to conclude such patients are suffering from minor problems and send them home, telling them to follow up with their family doctor, or return to the ER if there's a significant change, he says.

Croskerry expects the pandemic has made misdiagnosis more likely.

WATCH | Child who was diagnosed with a sprain in fact suffered a stroke:

6 hours ago2:15An Ontario mother said she had to take her baby to three different hospitals, and speak with six doctors in less than a week, to get an accurate diagnosis after he was injured in a fall. Her son was twice diagnosed with a sprained arm, but he'd had a stroke and was suffering from partial paralysis. 2:15

"People are working extraordinarily hard every day, and we know from the cognitive sciences literature that when people work hard, their decision-making is compromised," he told Go Public. He expects studies will be done once the COVID-19 crisis is over, to calculate the impact on emergency rooms. He said a negative effect seems "inevitable," due to the additional workload and stress created by the pandemic.

"Talking to colleagues, it is clear that everyone is expecting it," he said.

The Mohammad family's disturbing experience began during a visit to Ajax, Ont., on Aug. 28. The baby was crawling and tried to sit up, but fell backward and hit his head on the floor.

Shortly after, the parents noticed the problems with his left side. They rushed him to nearby Lakeridge Health Ajax Pickering Hospital, where an emergency room doctor diagnosed a sprain.

Two days later, the baby's health hadn't improved. "He wasn't eating. He wasn't playing. His behaviour was down and there was still no movement on his left side," his mother said.

They took Uzair to the Hospital for Sick Children in Toronto, where again, a sprain was diagnosed.

Dr. Gurinder Sangha, who heads the pediatric division of the Canadian Association of Emergency Physicians, says there's no question it's difficult to determine what is wrong with a child who can't yet speak for themselves.

"It's an extra layer of complexity because the patient can't tell you what they are experiencing," he told Go Public from the ER where he works in London, Ont.

Sangha says diagnosing rare conditions is difficult at the best of times. "When you add the challenges associated with the pandemic, you are also seeing front-line staff burn out. So it's all made the job of diagnosing much more difficult."

He pointed to the workload and stress created by the COVID-19 crisis. His ER saw its highest volume of patients ever in October. 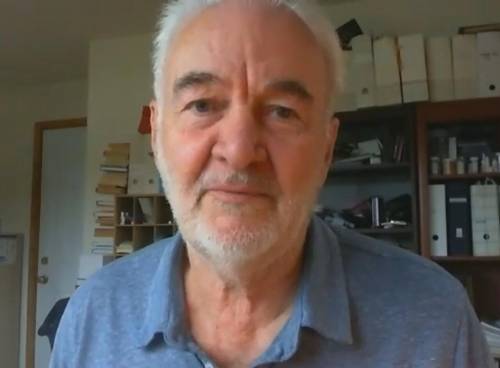 Dr. Patrick Croskerry, an emergency room doctor in Nova Scotia who has written a book about misdiagnosis, says the most common ailments likely to be misdiagnosed in ERs are heart attacks, sepsis and stroke. (CBC)

Croskerry said he is unable to comment directly on Uzair's case, but explained a phenomenon known as "diagnosis momentum" — when an initial, incorrect diagnosis is made and then influences subsequent examinations, causing hospital staff to echo and build on what medical professionals have previously reported about the cause of a problem.

"A diagnosis can get established early in the contact with the health-care system," said Croskerry. "And then, as the patient continues through the system, people develop a stronger conviction about what's happening. But they're actually inheriting thinking that may not have been correct in the first place."

He said emergency medicine has been described as a "natural laboratory for error," due to the often chaotic environment in ERs, and the strain put on doctors by long hours and shift work. The pandemic and the need for masks have added a further challenge, since facial expressions that could aid diagnosis can't be observed.

Tayab-Mohammad wanted to trust the diagnosis given by doctors at Lakeridge Health and the Sick Children's Hospital, and tried to convince herself it was accurate.

Paperwork given to the Mohammad family after their first visit to the Hospital for Sick Children in Toronto. (Submitted by Sana Tayab-Mohammad)

But as the child continued to struggle, she and her husband couldn't shake their fears. She called their family doctor who recommended they take Uzair to yet another hospital's emergency room, and insist on further investigation.

Only then — five days after the fall — did a CT reveal that the child had suffered a stroke.

At that point the situation became an emergency. An ambulance and medical team were dispatched from Sick Children's Hospital to bring the child and mother from Barrie. An MRI confirmed what the CT scan had found. It was recommended he take aspirin every day until he's two years old, and that he receive rehabilitation therapy.

Thankfully, after two and a half weeks in hospital, Uzair has recovered, although his parents have been told he has a rare condition called mineralising angiopathy, where blood vessels in the brain become rigid or brittle. It means even a minor head injury puts him at an increased risk of stroke.

His parents are grateful and relieved to finally have an accurate understanding of his condition. As he grows, Uzair won't be able to participate in activities where falls are likely.

After hearing from Go Public, the Hospital for Sick Children and Lakeridge Health Ajax Pickering Hospital contacted the family to discuss what happened. Neither hospital would agree to an interview, citing patient confidentiality,

In a statement to CBC News, the Hospital for Sick Children said its emergency department sees 82,000 patients a year. "In contrast, SickKids Division of Neurology has seen only 14 patients with Uzair's condition since 2002."

The statement also offered an explanation for why a more comprehensive investigation wasn't done sooner, noting that CT or MRI scans carry risks related to radiation. Young children often need to be sedated for such scans, which presents another risk and must be considered in balance with the potential diagnostic benefit.

"Uzair's case highlights the need for increased awareness of paediatric stroke," said the statement, "and has been identified as one that will be reviewed as a teaching opportunity."

Lakeridge didn't offer a comment, but Tayab-Mohammad says both hospitals tried to explain why the error was made, and apologized for the ordeal. She has filed a complaint with the College of Physicians and Surgeons of Ontario.

How to handle a suspected misdiagnosis

Patients who believe they may have been misdiagnosed should not to bluntly tell a physician they are wrong, says Croskerry.

He says it's best to ask: "What else could be going on?"

Asked what she wants Canadians to understand from her experience, Tayab-Mohammad said: "I want them to be persistent to get the answers they need. You know your child, you know when something's wrong, and don't ignore it." 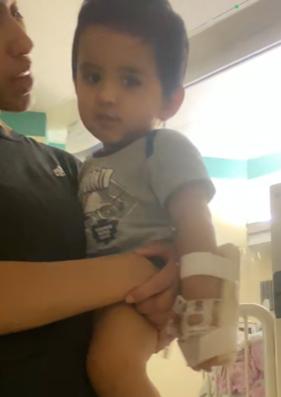 Uzair at the Hospital for Sick Children, where he was rushed when doctors realized he'd had a stroke. (Submitted by Sana Tayab-Mohammad)

Go Public is an investigative news segment on CBC-TV, radio and the web.

We tell your stories, shed light on wrongdoing and hold the powers that be accountable.

If you have a story in the public interest, or if you're an insider with information, contact GoPublic@cbc.ca with your name, contact information and a brief summary. All emails are confidential until you decide to Go Public.