An Australian iron ore company is shifting to green energy, and Labrador is in its sights

It may seem like an incongruous initiative: a major Australian company built on iron ore, sending top officials on an around-the-world hunt for green energy opportunities.

They have visited nearly 50 countries, in the midst of a roiling global pandemic.

The aim? To lead the global energy transition away from carbon to greener options.

The company has already signed a number of deals to do feasibility studies in other countries, including Brazil, Indonesia and Afghanistan.

And that company from Down Under is now eyeing potential opportunities in Labrador.

"As part of this, FFI is assessing opportunities for projects globally, including in Canada, to support potential green operations. The Newfoundland and Labrador region, and its renewable energy potential, is an exciting opportunity for green hydrogen production. We are pleased with our engagement with local stakeholders on scoping studies to date and look forward to continued positive engagement."

FFI's parent company, Fortescue Metals Group, is one of the world's largest producers of iron ore.

For nearly two decades, larger-than-life business icon Andrew Forrest — nicknamed "Twiggy" — has been the company's driving force. He is reportedly the second-richest person in Australia.

His fortune has been built on iron ore. Last year, FFI was launched to look at developing renewable and green hydrogen projects worldwide.

"The plan was to get in front of the curve. We knew that the world had to — not that it wanted to, but it had to — go green, and that this process must start," Forrest told Bloomberg in an April interview.

"So to kick it into gear, we went to all the sites across our little planet where renewable energy can be generated in huge scale, and use that renewable energy to create green hydrogen, ammonia and electricity, to start pushing the world and pushing government policy makers to go green."

Fortescue plans to become carbon-neutral by 2030.

A series of CBC News access-to-information requests spanning a period of several months have helped pull back the curtain, at least a bit, on Fortescue's potential interest in Labrador. (The business news website AllNewfoundlandLabrador.com was the first to report on the company's outreach to officials in this province, citing the same documents.)

Fortescue began reaching out to Newfoundland and Labrador government officials last fall, asking a series of questions about hydro assets and green energy opportunities in general, and Gull Island in particular.

Gull Island is an untapped resource in Labrador with a 2,250-megawatt generating capacity.

Fortescue officials had planned to visit the province in November but were denied entry due to pandemic-related restrictions.

The details are redacted, because the disclosure could be "harmful to the financial or economic interests" of the government.

According to the records released through access to information, talks appeared to be put on hold during the extended provincial election, when the government was in caretaker mode.

Appleton forwarded the message to the province's deputy minister of energy, saying, "We plan to start soonest; I welcome your insight."

It's not clear what, if anything, has happened since. 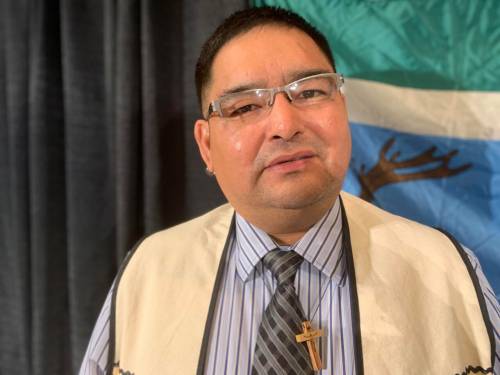 Innu Nation Grand Chief Etienne Rich has been in contact with Fortescue officials, according to documents released through access to information. (Mark Quinn/CBC)

Fortescue didn't make anyone available for an interview, and Rich did not return a message from CBC News.

IDLP is made up of council members and chiefs from Sheshatshiu and Natuashish, with the goal of bringing economic and social benefits to Labrador's Innu population.

Hill also did not return a message from CBC News.

'They're a player,' energy minister says

Energy Minister Andrew Parsons had a virtual meeting with Forrest and the Fortescue team last November.

"They're a player. They are very, very serious," Parsons said in an interview this week.

"Well known around the world, multi, multi, multibillion-dollar company who have increasingly been moving towards clean energy. Their chairperson, Dr. Forrest, has got quite the reputation in Australia. Tons of recognition for what he's doing." 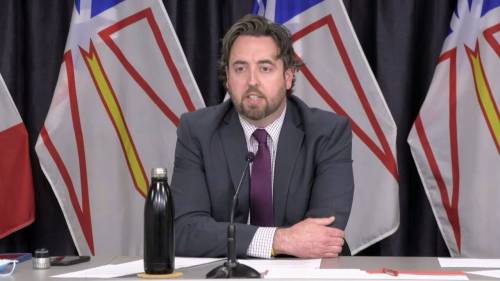 The interest from abroad is intriguing, but Parsons cautions that it is still early days at this point.

"Gull Island, it's perhaps the most prestigious undeveloped hydro asset in North America," the minister said.

"So it fits into what they're wanting to do. It fits into what we would like to do eventually. And it was a great opportunity to meet. And since that time, they've been doing more and more of the homework that's necessary."

He lauded the Australians for reaching out to the Innu as part of their assessment of opportunities in Labrador.

"I think that if a company is coming to our province and they proactively reach out to start these conversations, it's a really smart move," Parsons said.

The potential for green hydrogen in the province was recently flagged in the Greene Report.

"In the future, hydrogen energy can be used in the province to displace fossil fuels at large industrial facilities, and hydrogen can be exported for use in other jurisdictions."

Green hydrogen is made by splitting water into hydrogen and oxygen through a process called electrolysis, to create clean hydrogen fuel. 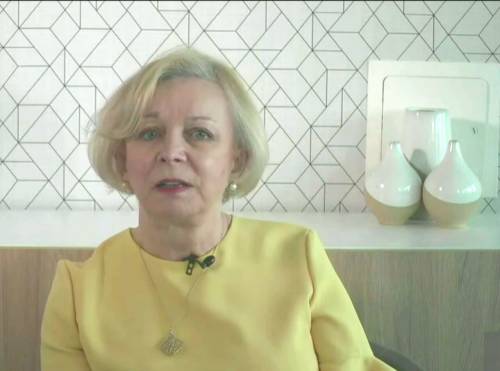 Moya Greene delivered her long-awaited final report on May 6, 2021. (Government of Newfoundland and Labrador)

However, to date, the development of green hydrogen has been hindered by high production costs and challenges with transporting it.

But that is changing.

The committee advised the provincial government to develop a green hydrogen plan.

Previous : Team GB to be spared Tokyo Olympic medal target due to year of Covid uncertainty
Next : Former Swedish model trades her restaurateur partner for her twin’s husband