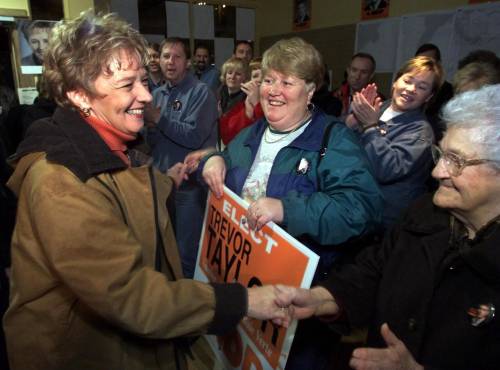 Alexa McDonough remembered for her dedication to social justice, blazing a trail for women

Canadian politicians from across the political spectrum are paying tribute to Alexa McDonough, who died on Saturday at the age of 77.

McDonough passed away in Halifax after a lengthy battle with Alzheimer's disease, her family said.

The longtime politician's career included serving as Nova Scotia's New Democratic Party leader and as the leader of the federal party.

McDonough became the first woman to lead a major political party in Canada when she became the leader of the Nova Scotia NDP in 1980, a post she held until 1994, when she stepped down. She was elected leader of the federal NDP in 1995 and held that post until 2003, but she continued to serve as an MP for two more terms, until 2008.

"She dedicated her life to social justice, championed women in politics and never backed down from a challenge," he said.

Prime Minister Justin Trudeau called McDonough's death "an extraordinary loss for our country," saying in a tweet that "the impact she had, history she made, and barriers she broke for women cannot be overstated."

Former Conservative MP Lisa Raitt, who grew up in Sydney, N.S., tweeted her condolences as well.

"I wouldn't have grown up in N.S. with the belief that women belonged in politics but for Alexa McDonough. She was a role model for many, including me," Raitt said.

'A public servant in the truest sense'

Nova Scotia Premier Tim Houston said the hallmark of McDonough's political career was the respect she had for the people she represented.

"She was a public servant in the truest sense and she will be sorely missed by people across Canada," Houston said in a statement on Saturday.

"Alexa McDonough was a trailblazer whose name will be mentioned in the same breath as Agnes Macphail and Gladys Porter," Houston said. Macphail was the first woman elected to the House of Commons in Canada, and Porter was the first female member of the Nova Scotia Legislature.

McDonough is greeted by supporters as she attends a rally in Corner Brook, N.L., in 2000. (Andrew Vaughan/The Canadian Press)

In a statement, Nova Scotia NDP Leader Gary Burrill said people still talk to him about McDonough when he canvasses in Halifax Chebucto, her former riding.

"In her glory on the doorstep, Alexa loved people, and the people loved her back," he said.

Former CBC journalist Peter Mansbridge, who interviewed McDonough countless times over the years, said she was skilled at finding middle ground with her colleagues and opponents.

Mansbridge noted that McDonough's roots were in the Liberal Party. She helped craft the Nova Scotia Liberals' social policy platform in the 1970 provincial election, but she left the party in 1974 after becoming disenchanted and joined the NDP.

"She was always seen with some suspicion by the left of the party," Mansbridge said. "However, she managed to bridge those differences for most of her tenure. 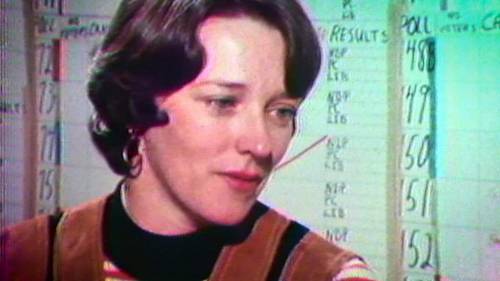 6 hours agoDuration 3:57Through archival material compiled from the last 40 years, McDonough describes her beliefs, her motivations and her visions for Canada. 3:57

With files from CBC News Network