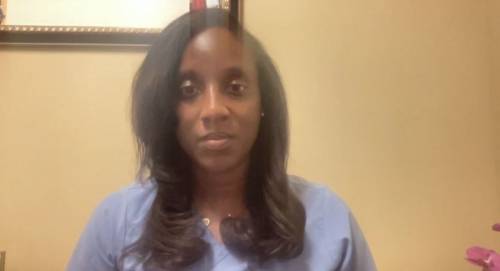 It has one of the country's highest COVID-19 infection rates and lowest vaccination rates.

Hospital admissions are soaring, with many surgeries and other medical care cancelled or delayed.

For weeks, its medical community has called for indoor mask mandates and vaccine passports to curb the spread of COVID-19, but its political leadership repeatedly resists those calls, citing individual freedoms.

This describes the situation in Saskatchewan, but also the American state of Alabama.

Alabama health professionals interviewed by CBC News say their case numbers began to spike earlier than those in Saskatchewan, but the province is trending in the same direction. They say Saskatchewan should learn from the unnecessary tragedy and death sweeping their state.

They say the solution is simple: Leaders should make decisions based on expert advice and evidence, not political calculations.

"Vaccine passports and indoor masking mandates — those are the two things that could make the most difference right now. We know that. The science tells us that," said Dr. Paul Erwin, dean of the school of public health at the University of Alabama at Birmingham.

"I can't speculate on why they haven't done it, other than their particular political persuasion."

Lindsey Harris, president of the Alabama State Nurses Association, says her members are exhausted as they struggle to treat waves of COVID-19 patients, most of them unvaccinated. (Lindsey Harris/Zoom)

In Alabama, more than half of all ICU beds are occupied by COVID-19 patients, most of them unvaccinated.

Like Saskatchewan Premier Scott Moe, Republican Gov. Kay Ivey has been critical of Alabama residents who have chosen not to get vaccinated, saying they're "letting us down." But like Moe, Ivey has rejected calls for statewide indoor masking or vaccine passports.

Ivey went a step further, passing a law banning vaccine passports or similar requirements in any businesses or institutions.

In Alabama, overwhelmed nurses have been staging brief walkouts outside their own hospitals before their shifts in a "cry for help," but nothing seems to be working, said Lindsey Harris, president of the Alabama State Nurses Association.

"More people will die until we do what it takes." 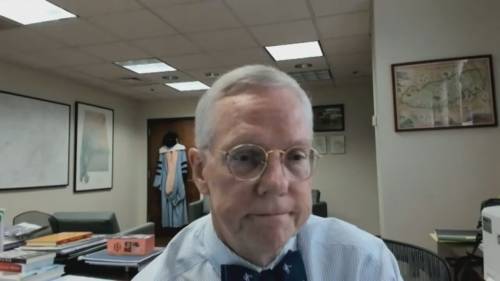 Dr. Paul Erwin is dean of the school of public health at the University of Alabama at Birmingham. He says it's clear that indoor masking and vaccine passports are the two best ways to fight the COVID-19 pandemic. (Dr. Paul Erwin/Zoom)

University of Saskatchewan professor Andrew Potter said it's clear Moe has stopped listening to reason and facts when it comes to the pandemic.

Potter, an infectious disease expert and the former head of vaccine developer VIDO-InterVac, said Moe is wrong and the evidence from these other jurisdictions is clear — vaccine passports and indoor mask mandates work.

"This is a no-brainer. It really is, and we need to smarten up as a province," Potter said.

On Friday, Moe announced new requirements for people to isolate if they test positive, and said the government will purchase thousands of diagnostic tests from the private sector to cope with the rising demand. However, he rejected calls for vaccine passports and indoor mask mandates.

Moe said he wears a mask indoors when he feels it's necessary and is confident others will, too. On vaccine passports, he said "creating two classes of citizens based on your vaccination status is a very difficult and very divisive path for a government to take."