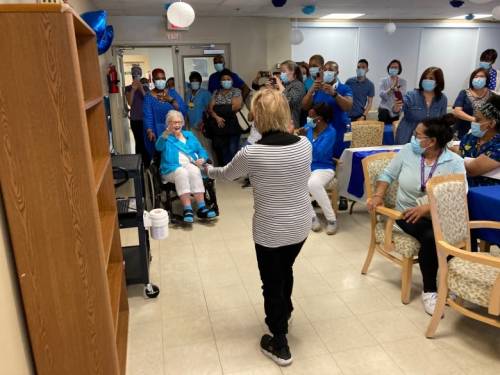 After 80 years apart, Toronto woman reunites with daughter on her 98th birthday

As an 18-year-old Jewish refugee during the height of the Second World War, Gerda Cole gave her newborn daughter up for adoption — and 80 years later, the pair finally reunited just in time for Mother's Day.

Cole's daughter Sonya Grist, who lives in England, flew into Toronto on Saturday to reunite with her birth mother — on the latter's 98th birthday no less — after learning she was still alive and living in Canada.

"I'm shaking," Grist said as she waited to meet her mother for the first time.

"Just over a year ago I didn't know that my mother was still alive. I knew very little. I still don't know much and there's a thousand questions I've got to ask her, but I don't want to bombard her."

Grist, now 80, arrived in Canada with her son Stephen Grist on Saturday, to meet Cole for the first time. Cole, who is a resident at Revera Kennedy Lodge Long Term Care Home in Scarborough, said the plan was in the works for several months after the home was contacted by Cole's grandson.

The pair held onto each other, not able to let go, as Cole squealed with joy.

"Eighty years old," Cole said in shock as she looked at her daughter, who jokingly replied, "Don't emphasize my age."

"When I heard, I just couldn't believe it," Cole said. "This must be … a miracle. It means so much to be able to live to see this moment."

Grist flew from England along with her son to reunite with her mother after learning she was still alive and living in Canada. (Mark Bochsler/CBC)

At 15 years old, Gerda was sent away by her family to England to escape persecution of Jewish people in her native Vienna in 1939.

Several years later, in 1942, Cole gave her newborn daughter up for adoption at 18 years old due to her economic situation.

"I had very limited personal education, and this, combined with wartime, left me no recourse but to have Sonya adopted under the advice of the refuge committee," she said. "The condition was not to have any further connection with the child."

Cole arrived in Canada after the war and went on to earn three university degrees including an honours BA from the University of Toronto in Jewish studies.

Stephen Grist was going down his family lineage last year, to provide proof of Austrian descent so that the family can obtain Austrian citizenship, when he got in touch with Cole's stepson.

When he was told that Cole was still alive and 97 years old at the time, he didn't know how to break the news to his mother and waited two weeks before letting her know.

"I just thought oh my God, that's just blown my mind," Stephen Grist said. "The idea that her mother was still alive and she would have the opportunity to meet her was so exciting it just threw us all for a loop.

"When I told my mother that Gerda was still alive, she just said, 'I want to get on an airplane to Canada right now and give her a big hug,'" he said.

That's when he began to track Cole down and contacted her through the long-term care home. 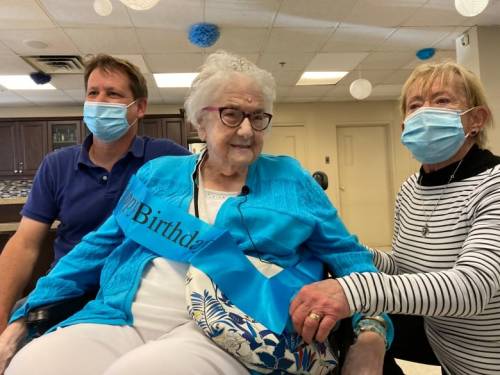 Wendy Gilmour, senior vice-president of long-term care with Revera, said the plans to reunite the family have been in the making for several months now.

"It is incredible the journey that all people have gone through, Gerda and her children, and her grandchildren," Gilmour said.

Gilmour said the celebration was just what the residents needed after more than two years of grappling with the impact of the COVID-19 pandemic on long-term care.

"It's been tough, it's been a difficult time for the homes and our residents, and to have a party — which is something we haven't done in a long, long time — brings back excitement" into the home, she said. 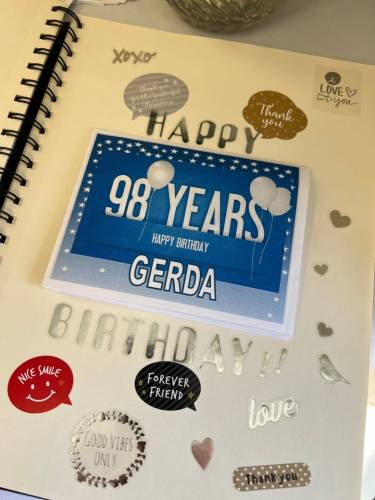 Previous : Teen ‘hunted down’ by thugs yelling ‘black b*****d’ before he was killed in ‘revenge’
Next : Woman with OCD ‘crying’ as human poo washes into garden forcing her to keep windows shut