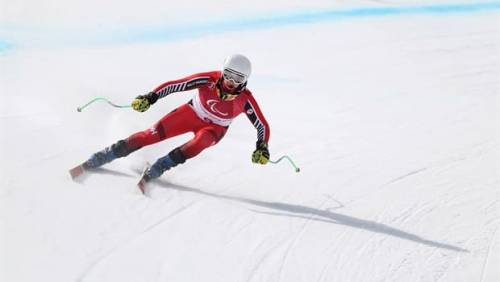 7 Canadian athletes you should know for the Beijing Paralympics

Only five sports will be contested at the 2022 Beijing Paralympics, but there's no shortage of intriguing athletes.

Here are seven Canadian competitors worth keeping an eye on before the opening ceremony in China on March 4:

Canada's most decorated Winter Paralympian is back for one last hurrah.

McKeever, 42, announced in October 2020 that Beijing would be his sixth and final Games after a career featuring 17 medals, including a startling 13 gold.

"As much as I enjoy this, I have to face facts that I'm pretty old, with my beard getting longer and greyer every day — it's time," McKeever told Rocky Mountain Outlook upon making the announcement.

Perhaps the greatest achievement for the visually impaired athlete from Canmore, Alta., was when he was named to Canada's 2010 Olympic team, becoming the first Canadian named to both teams. However, he did not wind up competing at the Olympics.

Arendz is no stranger to the Paralympics, as Beijing will represent his fourth Games.

"There's a different feel, different atmosphere at each Games. Vancouver was at home, trying to get my feet wet. Sochi was a big turning point for me. It was where I wanted to perform. I left Sochi a little disappointed. … But there was a really good drive for the next four years which led into the third of Pyeongchang where there was big success," Arendz said.

It may be an understatement when the 31-year-old from Hartsville, P.E.I., refers to the 2018 Games as a "big success" — Arendz won a Canadian-record six medals in Korea, including one gold, to quadruple his career total to eight. He was rewarded with flag-bearing duties in the closing ceremony.

The quadrennial leading into Beijing was unique because of the pandemic, but Arendz said his experience in changing circumstances helped him focus on the positives that came with reduced travel.

"Now we could actually just go train, stay at home, be healthy and really just add to that base that's going to be critical come Beijing," he said.

At this point, Ouellet is a veteran of pandemic Paralympics.

The Quebec City native, 32, played for Canada's women's wheelchair basketball team at Tokyo 2020. Now, she's attempting to qualify for Beijing in Para Nordic skiing. It would be her fifth Paralympics, and second of the winter variety after 2018.

It'll be the same in China, where foreign spectators aren't allowed, as Ouellet searches for her first career medal after earning top-20 finishes in three events in Pyeongchang.

Ouellet is a woman of many talents: she's finishing a PhD in biomedical engineering, she's developing a university course and she's a bilingual advocate for the under-served — all after enduring 28 chemotherapy cycles since being diagnosed with bone cancer at 12.

Marcoux, 24, may be in line to take the ski baton from Arendz and McKeever.

Rodgers said the focus going into Beijing is on the power sport has to bring people together.

"We're here to ski and have fun and I'm just keeping my head down and nose to the grindstone," he said.

The three-time Paralympic medallist is back for a fourth Games and looking for vengeance after gold in her first two appearances became bronze in 2018.

But Canada's stronghold on wheelchair curling, as in the able-bodied version, isn't as strong as it once was. Skipped by Mark Ideson, the Canadian rink was eliminated in the quarter-finals of the world championships in October.

Forrest, who has curled since 2004, was inducted to the Canadian Curling Hall of Fame in 2016.

Now 28, Hudak can call herself a Paralympic medallist after taking bronze in the women's 12.5-kilometre biathlon at Pyeongchang 2018. 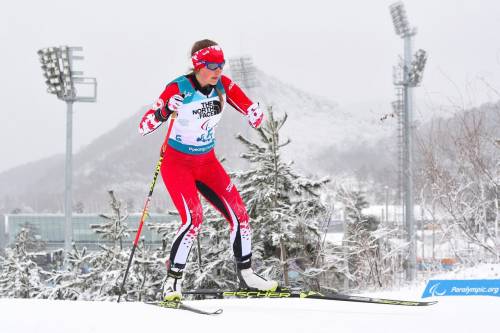 Hudak competes in the women's 12.5km standing biathlon event at the Pyeongchang Paralympics, where she earned bronze. (Jung Yeon-Je/AFP via Getty Images)

The Prince Albert, Sask., native also serves as a social worker at a Calgary-area residential group home for teenagers.

Hudak was part of a mixed-relay team that won silver at the most recent world championships in 2019.

Bridges, 38, is one of the most accomplished Canadian Para ice hockey players ever.

In addition to three Paralympic medals (one of each colour), Bridges is a four-time world champion and the first Canadian to reach the 100-goal, 100-assist and 200-points benchmark.

And even though his first world championship victory came in 2000, the Summerside, P.E.I., native is far from washed up. In fact, Bridges was one of two Canadians to record a hat trick in a recent drubbing of fourth-ranked Korea. Canada is ranked second, behind the U.S.

Bridges, who was born with a condition that limits his mobility, still fires slap shots up to 80 miles per hour.