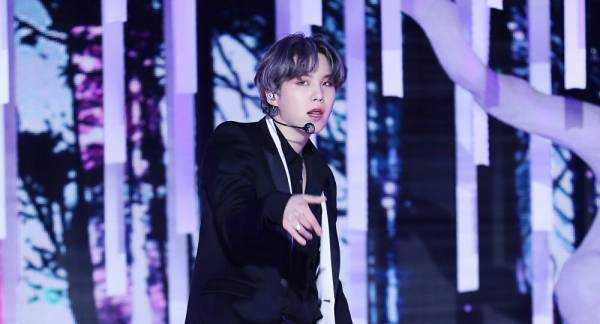 Released under his alias Agust D the new track comes four years after his first mixtape.

Army (the name for the BTS fandom) praised member of the K-Pop phenomena, Suga, whose real name is Min Yoon-gi, for his new solo-mixtape ‘D-2’ along with the MV for the lead song ‘Daechwita’, which was released on 22 May, a full four years after the singer’s solo debut as alias Agust D in 2016.

The release consists of 10 songs. The MV for the title song, with hard rap and strong beats, is done in Korean Joseon style. Suga wears different traditional outfits and plays two characters: a despotic ruler and a revolutionary. Spoiler alert: in the end the rebel kills the tyrant!

Fans also noticed two other BTS members on screen – Jin and Jungkookn – who made a several second cameo in the MV.

​Also fans liked the lyrics on the mixtape with its positive message about self-esteem and self-determination. BTS is known for their lyrics in songs about such things and many fans find comfort in their songs.

​The topic of the new release became hot also because some K-pop fans found a resemblance between the outfits of Suga and another famous rapper, Mino, from the boy band Winner who, according to some fans, wore pretty much the same costume in his MV ‘Fiance’ released back in 2018.

This sparked controversy between Army and IC’s (short for Inner Circle – the name of the Winner’s fandom):

​Despite the controversy, fans continue to celebrate Suga’s new release while trying to figure out the meaning behind every symbol in the MV, while others have dedicated fan arts to their fav: