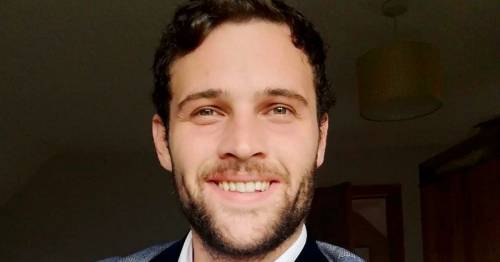 The heartbroken brother of a musician who was found dead in a river has said he was the "most amazing gentleman this world had to offer".

Thomas Kennedy from County Mayo, Ireland, was killed in Georgia after a fight broke out when he was out drinking and his "unconscious" body was thrown into a river.

The 28-year-old was thought to be studying music in the ex-Soviet republic when he was alleged attacked by five local men he had been drinking with.

His body was found three days later in the river near the village of Kvakhvreli in Gori municipality on October 8.

Devastated friends and family have been paying tribute to Thomas on social media.

His older brother wrote: "I love you so much bro, you were the most amazing gentleman this world had to offer.

"You were too good for us all. I don’t honestly know how we will go on without you, but thank you so much for blessing us with the most amazing and funny stories we could ever wish for.

The 28-year-old was from County Mayo, Ireland
(

He added: "I told you many times, you made me and the rest of the family so so proud I’ll miss you forever Tom.

"I love you more than I could ever even try to describe. You legend."

His aunt said: "RIP My beautiful nephew. You were unique in every way.

"One of the kindest souls to ever walk this earth, you trusted with your heart and played your music as a genius! We will never ever forget you."

Thomas' cousin Olivia Barrett told the Irish Sun: "My family would love for people to know how talented beautiful Tom was.

"He was a self taught musician with so much talent. Singer/songwriter, guitarist, fiddle player and many more.

"He was so gentle and kind, the funniest person you could meet he wouldn’t harm a fly."

She wrote on the page: "On Friday the 9th of October our beautiful Tom was found in Mtk'uari River in Georgia. He died brutally and tragically at the hands of five evil men.

"We are absolutely devastated there are no words, life will never be the same again without our beautiful talented boy.

"It is currently very difficult to repatriate Tom home due to the Covid19 restrictions, so we are setting up this GoFundMe Page to raise funds to bring Tom home as soon as possible, this is costly, and with the help of the Kevin Bell Repatriation Trust, we will get him to his beloved home of County Mayo.

"Our aim is to raise money in order to fund the expenses associated with Tom's passing. These include but are not limited to repatriation, funeral cost, and for Tom's family to travel to Georgia to see the Criminal Trial of his death."

"He was one of the most chirpy lads around…ever smiling as he’d say 'Nice one Bud' and 'Cheers Bud'. Rest in peace."

Five men who were arrested on suspicion of murder appeared in court on Wednesday and denied the charge.

But four of the accused did admit that they had robbed Thomas.

Prosecutors told the court how Thomas had struck up a conversation street busker Vasil Okropiridze, 24, who invited him to join his friends for a drink, The Times reported.

But it’s claimed that the meeting later turned violent and Thomas was beaten and then thrown into the river.

The court heard that a police investigation was sparked after Thomas' mobile phone was found in a pawn shop.

Police said that their investigation suggested that Thomas was alive but unconscious when he was thrown into the river.

The court was told that the men had panicked after the robbery as they thought they had killed Thomas.

They claim that Thomas fell into the river as he ran away from them.

Mikheil Beriashvili, a prosecutor, told the court: “The prosecution is not satisfied with the defence’s argument that the victim himself jumped or fell into river.

“We believe we are dealing with a premeditated murder in order to destroy the incriminating evidence of another crime — robbing. This was also carried out against a person who was helpless.”

All five accused have been detained by a court for two months.

Previous : U.S. will move forward with reopening its Palestinian mission in Jerusalem -Blinken
Next : Woman left with ‘shivers down spine’ after hearing ‘beautiful voice’ on evening walk