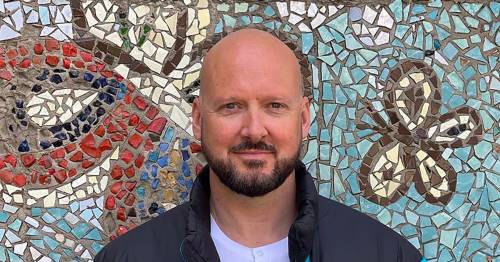 A Brit Youtuber has denied he was imprisoned in a "Russian Gulag" after being detained at a Kremlin-leased spaceport in Kazakhstan – and insists he was let off with a £60 fine.

Benjamin Rich, 35, runs the Bald and Bankrupt adventure tourism YouTube channel – which has over 3.5million subscribers.

At the time of his arrest he was visiting the cosmodrome in Baikonur, Kazakhstan with a Belarusian woman called Alina Tseliupa.

Rich admitted he was questioned for hours by cops, but that he wasn't arrested.

He was instead let off with a £60 "administrative fine" for visiting the Buran rocket without prior permission.

He has a particular interest in post-Soviet states
(

On his Instagram, he wrote: "I've woken up to a load of messages asking me if I'm OK.

"I was questioned by Russian police for a few hours for going to see the Buran rocket without the special permission and given a £60 administrative fine just like hundreds of foreign adventurers before me."

Rich and Alina pictured together
(

Rich pictured in-front of a cosmonaut mosaic in Baikonur, Kazakhstan
(

"I wasn't arrested. It's not a criminal offence not to have the permission slip.

"It's an administrative offence meaning just a fine and told to not do it again just like smoking in the wrong place or jaywalking.

"All the cops were friendly and gave us a lift to the train station afterwards.

"Was a great day anyway I got to see the Burans and they are spectacular."

Rich's seizure was first announced by Dmitry Rogozin, the head of Russia's space agency Roscosmos, who said he and his female companion were being held close to one of the launch pads at Baikonur.

Local authorities were determining "the exact level of participation in illegal activities" by the pair, said Rogozin at the time, who posted photos of Rich's visa and Tseliupa's passport.

Some of Rich's videos feature a woman called Alina but it was not immediately clear whether she and Tseliupa were the same person.

Rich is known for visiting obscure and at times dangerous locations
(

The most recent video on Rich's channel was filmed in Syria and posted on April 24.

In an Instagram post last week, Rich said "Syrian suntan and back in a country with Soviet mosaics" but did not specify where he was.

The popular YouTuber – who has a particular interest interest in post-Soviet states – posted one clip, which has now been viewed 10 million time, about a trip to Moldova entitled: "Nobody Visits This Country…Find Out Why."

Baikonur, once a closed Soviet city, is now open to tourists who apply for permission from Roscosmos.

It lies in the steppe around 1,100 km (680 miles) southwest of the Kazakh capital Nur-Sultan.

The city is located in Kazakhstan but is leased by Russia for around $115million per year, according to Caspian News.

It was built during the Soviet era – with the cosmodrome once serving as the point of launch for the bloc's satellites and manned space missions.

Previous : Vladimir Putin vows ‘victory will be ours’ as he prepares for huge parade – World News
Next : Cougar prison officer who sprung murderer on last day before retirement hunted