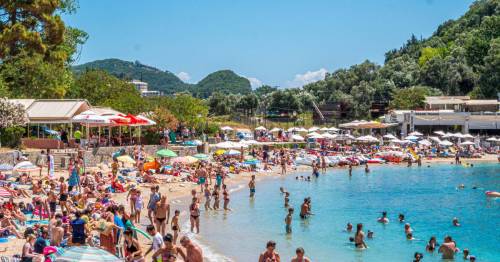 Jetting off to European tourist destinations may be out of the question for British holidaymakers yet to have their booster jab, under new guidelines being set by the EU.

After the European Union’s health agency recommended boosters for all, it is expected to reveal new Covid-19 travel guidelines based on vaccination status, rather than country of origin.

The new guidance will determine how long vaccinations should remain valid and give its recipients the subsequent freedoms to travel and enter venues.

Some EU member states, such as France, have already set an expiration date on vaccine certificates; France has announced that after December 15, people over 65 will be allowed to enter restaurants, take an intercity train or attend cultural events only if they have proof of a booster jab.

Documentation of this booster jab will mean the pass stays valid.

The new guidelines will not mean a ban on unvaccinated travel, according to iNews, a valid negative test uploaded onto the Covid pass will be a second option for travellers who have had their second jab more than six months earlier.

Travellers going down this route will have to be aware of the rules, and potentially pay for testing.

There was not yet an overall consensus from the EU on how soon the Covid pass would expire after the second vaccine.

Six, nine and 12 month periods had all been suggested.

The move is aimed at clarifying rules on free travel, as EU members adopt different approaches to managing booster jabs.

The Commission’s move to rewrite the guidelines comes hot on the heels of the EU’s public health agency calling for vaccine boosters to be considered for all adults.

“Countries should also consider a booster dose for all adults 18 years and older, with a priority for people above 40 years old,” said Andrea Ammon, the director of the European Centre for Disease prevention and Control (ECDC).

“There are still too many individuals at risk of severe COVID-19 infection whom we need to protect as soon as possible. We need to urgently focus on closing this immunity gap, offer booster doses to all adults, and reintroduce non-pharmaceutical measures.”

While rates of vaccination vary widely between countries in the EU, only 67.7 per cent of the population is double jabbed.

Prime Minister Boris Johnson has in recent weeks said there were plans in the pipeline to add proof of a third dose of the vaccine to the NHS Covid pass.

He said: "I think that we will be making plans to add the booster to the NHS Covid travel pass.

"But again, I think what the general lesson is, if anybody wants to travel, you can see that getting fully vaccinated with a booster is going to be something that will – on the whole – make your life easier in all kinds of ways including for foreign travel.

"So I would just say, you know, if you're thinking about that, then this is yet another reason to get it done."

Mr Johnson was later pressed on whether the concept of being fully vaccinated would need to be changed to include boosters.

The PM told journalists: "On boosters, it's very clear that getting three jabs – getting your booster – will become an important fact and it will make life easier for you in all sorts of ways, and we will have to adjust our concept of what constitutes a full vaccination to take account of that. And I think that is increasingly obvious.

"The booster massively increases your protection – it takes it right back up to over 90%.

"As we can see from what's happening, the two jabs sadly do start to wane, so we've got to be responsible and we've got to reflect that fact in the way we measure what constitutes full vaccination."

It comes after the UK's vaccine experts announced an expansion to the booster programme to extend the rollout to the over-40s.

The Joint Committee on Vaccination and Immunisation issued a new recommendation for 40 to 49-year-olds to get a third dose, alongside a decision to offer a second dose of the Pfizer vaccine to 16 and 17-year-olds.

Mr Johnson warned that a surge in Covid cases in Europe could derail Christmas unless people get their booster jabs.

While he said there was nothing in the data to suggest the country needed to move to Plan B of Covid measures, he warned that action could still be taken.