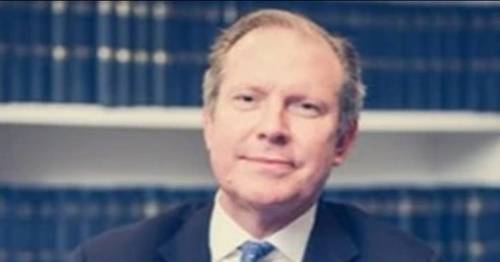 A retired barrister is feared dead after vanishing in the Seychelles.

Paul Clement, 57, disappeared three weeks ago while hiking a notoriously dangerous jungle trail. Despite a wide-scale police search involving helicopters, boats and drones, the authorities could not find Mr Clement and the effort has now been called off.

The respected barrister was visiting Silhouette Island to celebrate his retirement following a decorated legal career.

He is said to have embarked on the challenging 12-mile "Grande Barbe" trail before vanishing without a trace. It is believed he may have run into trouble when a spell of bad weather passed through the area, the Sun reported.

Mr Clement was thought to be staying at the Labriz Hilton Hotel – the only resort on Silhouette Island and a popular base for those seeking to hike in the surrounding mountains.

A major search was launched involving the police, coast guard and army – sadly there was no sign of the lawyer and he is now presumed dead.

Mr Clement worked as a criminal barrister at 2 Harcourt Buildings chambers in London for more than three decades.

A statement from the chambers' website read: "It is with deep shock and sadness that we must announce the loss of our dear friend, colleague and former head of chambers, Peter Clement.

"He had recently retired after an illustrious career at the Criminal Bar, practising from 2 Harcourt Buildings for over 30 years.

"Before joining chambers he was a captain in the Army legal service and served in Northern Ireland.

"He was much loved and respected by everyone in chambers and also among his many friends at the criminal bar. He will be deeply missed."

With the search just a few days in, local press reported that the weather had become so bad, police believed it was unlikely Mr Clement would be found alive.

"According to the police all his personal belongings and travel documents have been found intact in his hotel room," the Le Seychellois newspaper reported.

"In an unusual move, the police have admitted the persisting bad weather conditions we are experiencing the last few days, is diminishing their hope of finding the British man alive."

Others who have hiked the Grande Barbe issued warnings about its danger on TripAdvisor, with one advising holidaymakers to "take a guide" along with them.

"The path to get there is not well marked, the part through the forest can be very slippery," they wrote.

Travel website Holidify describes the trail as being "spread across different terrains including white sand beaches, rocky plateaus and mangrove forests". It lists the trail's difficulty level as "advanced".

The Foreign Office said it is supporting the family of a British man missing in the Seychelles and is in contact with local authorities.

Previous : KFC meal ends up costing dad £720 after he punched the manager over ‘dirty loos’
Next : Christian Horner slams FIA’s “very unfair” plan as he takes aim at Mercedes