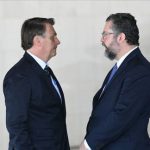 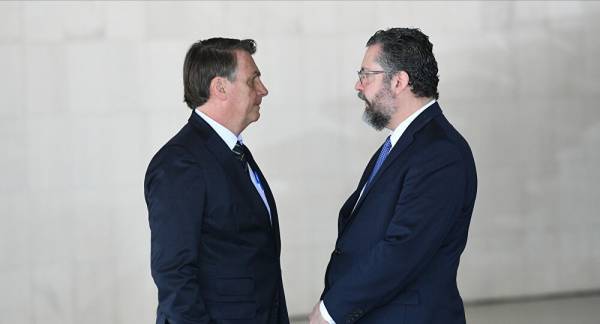 Local media confirmed that the diplomat resigned from his post, indicating that he passed on information about his plans to subordinates.

Araujo was appointed foreign minister by President Bolsonaro in January 2019.

Throughout his tenure, he received flak from local political forces opposed to Bolsonaro, and from abroad, for making a series of scandalous claims. The foreign minister regularly made headlines by claiming climate change and the coronavirus pandemic were “communist plots,” saying that neoliberal globalism was actually a separate communist conspiracy advanced by “cultural Marxism,” comparing abortion activists to Christ killers, comparing social isolation to Nazi concentration camps, and deeming Nazism and fascism to be “left-wing phenomena.”

Lawmakers began pressuring the government to force Araujo out last week over Brazil’s poor diplomatic relations with key coronavirus vaccine producers, with Senate President Rodrigo Pacheco blaming him for “many errors in confronting the pandemic” and for a “lack of diplomacy” on his part to secure the much-needed jabs.

Brazil’s relations with China, a key trade partner, became icy after Araujo dubbed the coronavirus the “communavirus” and calling the pandemic a means through which to spread communist ideology through international bodies.

Brasilia has struggled to keep up with its regional neighbours in its Covid inoculation campaign, with less than seven percent of the population receiving the vaccine, while total reported cases have topped 12 million out of a population of 211 million. Brazil has the second-highest coronavirus death toll in the world after the United States, reporting over 312,000 deaths since the pandemic began last year. President Bolsonaro

Previous : Top DHS Officials’ E-Mails Compromised in SolarWinds Hack, Report Says
Next : George Floyd Trial Jury Told How Police Officer Derek Chauvin Did Not ‘Let Up Or Get Up’