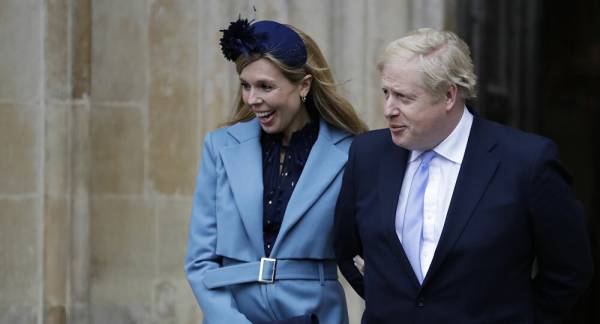 Boris Johnson was transferred to intensive care with persistent coronavirus symptoms in early April after he officially confirmed he tested positive for the disease. His fiancee had also experienced symptoms of COVID-19.

UK’s Prime Minister Boris Johnson has shared that thoughts of never seeing his son, who was just about to be born, fueled his strength to fight COVID-19.

He also said that he refused to think negatively and tried to focus on his happy future with the coming baby and the rest of the family.

On Wednesday, his fiancee, Carrie Symonds, gave birth to a healthy baby boy named Wilfred Lawrie Nicholas Johnson. The announcement came mere days after Johnson returned to his duties after recovering from COVID-19.

According to Symonds, Wilfred shares his first name with the prime minister’s grandfather, and the first of his middle names, Lawrie, with her own. The baby got his second middle name from the two doctors who helped Johnson fight the coronavirus infection, Dr Nick Price and Professor Nick Hart.

On Thursday, making his first public appearance after recovery, Johnson stood in front of 10 Downing Street to pay tribute to the National Health Service (NHS). Prior to that, Johnson announced that the UK had passed the peak of the coronavirus outbreak.

The British Prime Minister has five other children – four with his second wife Marina and one who was conceived out of wedlock.

Previous : Sharansky to use Genesis Prize proceeds to fight coronavirus
Next : Pence Says He Should Have Worn Mask While Visiting Mayo Clinic