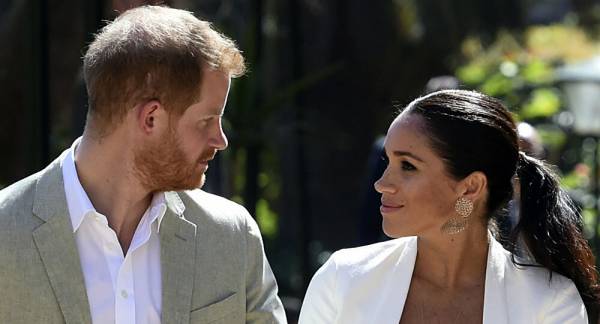 The prime minister’s father cited certain “cultural differences” that he alleged could have caused Prince Harry’s American better half to take the lead in making family decisions.

Boris Johnson’s dad Stanley has lashed out at Meghan Markle, saying she was the driving force behind the couple leaving the UK for the United States and claiming she would have failed to settle in Britain.

“I can’t help thinking that Meghan, as we must now call her, played a leading role here”, he went on, explaining the move by “a basic cultural difference between British women and their transatlantic counterparts.”

To illustrate the point, Stanly drew a line between the Sussexes and his own parents, Wilfred and Irene.

“You and your spouse can’t both be in the driving seat”, he said going on recall what Princess Diana once said – that “there’s not always room for two people in a marriage”.

After announcing their historic move to quit senior royal duties for greater personal and financial independence, Meghan and Harry lived for some in a rented Vancouver apartment. However, after it became clear the authorities would close the borders due to the spread of the coronavirus, the couple and their baby son crossed into the US, to Meghan’s home city Los Angeles, purportedly to be closer to her mother Doria Ragland.

The ex-royals, who the other day officially wound down their previously operating UK charity foundations and Buckingham Palace office, are understood to be now working on a new venture, a well-being and counselling empire called Archewell, in a nod to their almost year-old son.

On Friday, it was announced that the Sussexes had lost the first round of their legal fight with Associated Newspapers over an alleged breached of privacy after the Mail on Sunday and Mail Online published excerpts from private correspondence between her and her estranged father, Thomas Markle. The couple has voiced concerns more than once over the press interfering in their private life when citing reasons why they chose to leave the Royal Family.