Boris Johnson Opens Up on His Struggle Against COVID-19, ‘Contingency Plans’ in Case of His Death 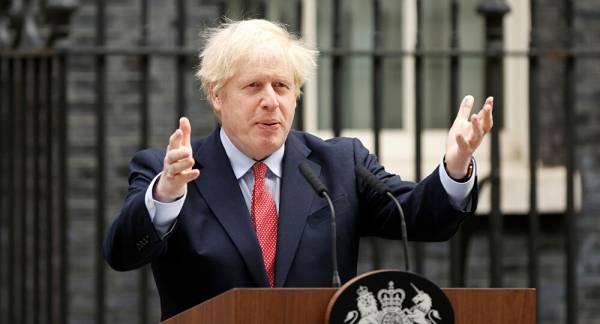 As the coronavirus pandemic spread across the UK, the country’s Prime Minister Boris Johnson had been diagnosed with the respiratory disease on 26 March and was admitted to hospital 10 days later, with the illness eventually landing him in intensive care.

UK Prime Minister Boris Johnson has revealed that as he was in hospital battling COVID-19, “contingency plans” had been put in place in case he did not survive his ordeal, reports The Sun on Sunday.

During his time at London’s St Thomas’ Hospital, when he was given “litres and litres of oxygen” to keep him alive, the Prime Minister said in an interview to the outlet that he found himself hooked up to monitors with the “indicators…going in the wrong direction”.

Looking back, the Prime Minister says he had asked himself at some point: “How am I going to get out of this?”

Johnson hailed the medical staff for “wonderful, wonderful nursing”, adding that after his recovery he felt “lucky”, and was inspired to stop others from similar suffering.

Earlier, Johnson’s fiancee, Carrie Symonds, revealed in an Instagram post that the couple had named their baby boy Wilfred Lawrie Nicholas Johnson, in a tribute to their grandfathers and two doctors who treated Johnson in hospital.

The Prime Minister has five other children – four with his second wife Marina and one who was conceived out of wedlock.

Boris Johnson had been diagnosed with coronavirus on 26 March and admitted to hospital 10 days later. For a period of time Johnson had to be moved to an intensive care unit.

He was discharged from hospital and resumed his duties on 27 April.

On 30 April, Boris Johnson vowed to reveal his “comprehensive plan” for easing the lockdown next week, after declaring the UK has passed the peak of the coronavirus epidemic.

As he hosted his first Downing Street press conference since resuming work after his bout in hospital, the Prime Minister cautioned against a second spike in cases, as he explained that a “road map” would deal with how to get the economy back on track while avoiding new deaths from the coronavirus and “lasting economic damage”.

Johnson spoke of the R value – the number of people that one infected person passes the virus to – emphasizing the importance of keeping it under one to dodge a second wave of COVID-19.

According to the WHO coronavirus situation report dated 2 May, the total number of registered COVID-19 cases in the UK stands at 177,458, with the death toll at 27,510.

The country’s deputy chief medical officer Jenny Harries was cited as saying the number of people being treated in hospitals for the virus had dropped by 13 percent over the past week.