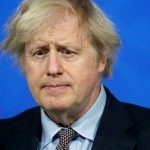 Boris Johnson is Guilty of ‘Monumental Lapse in Taste’, His Friends Say Amid ‘Vindictive’ Sex Claims 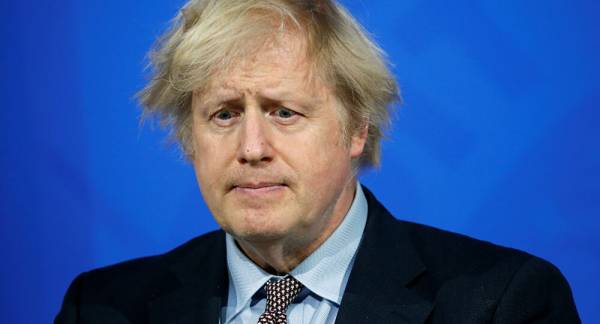 American tech entrepreneur and businesswoman Jennifer Arcuri came forward last week to claim that she and UK Prime Minister Boris Johnson were in a secret four-year relationship while he was the mayor of London. The revelation has sparked questions about the use of the UK’s public money Arcuri had benefited from during their purported romance.

The fact that Jennifer Arcuri is unveiling saucy details about her alleged relationship with British Prime Minister Boris Johnson four years after they ended suggest that the woman could be pursuing a “vendetta” against her ex-beau, BoJo’s friends are telling The Telegraph.

“There is no doubt in my mind that Boris is guilty of a monumental lapse in taste. At what point is the hawking of a story that is three years old cease to be news and start to look like a vendetta,” one of Johnson’s allies told the media.

Another friend claims that it’s not as though the prime minister has “ever tried to be whiter than white”.

“Given all the stuff that was written before at a moment of heightened political interest … you would have thought they would have been able to make it stick before. Does the general public really give a toss?” the pal says.

But there are some reasons why British public could be interested in Arcuri’s claims – particularly due to her role in the distribution of tens of thousands of pounds from government funds.

Arcuri first admitted she and Boris have been sexually involved in October 2020 in an interview with the Daily Mail, a year after the Sunday Times published a bombshell report accusing the prime minister of engaging in a conflict of interest for failing to declare his personal relationship with the woman, who had received tens of thousands of pounds in public money through her company Innotech and other bids in previous years.

Forget lost socks and topless photos. This is why Boris Johnson and Jennifer Arcuri’s relationship matters. (From 2019) pic.twitter.com/YSbOQMIyST

Arcuri was also granted access to three official trade missions led by Johnson, but the extent of her relationship with then-mayor of London was never known at that time – it was simply assumed the two were close pals.

This was 2019…
Marr on Jennifer Arcuri: “You have to declare an interest, did you declare it?”
Johnson: “There was no interest to declare”
Johnson lies with impunity because the whole cabal is untouchable, there are no consequences from Parliament, the GLA or the police. pic.twitter.com/gHABDP0hIE

Following 12 December 2019 general election, the Independent Office for Police Conduct (IOPC)  kicked off an investigation into the matter, concluding few months later that there was “no evidence” that Johnson has influenced a payout of sponsorship money for Arcuri or her participation in trade missions and thus no criminal investigation will be pursued.

But under Nolan Principles of Public Life it still “would have been wise” for Johnson to declare his close friendship with the businesswoman, IOPC said, as “a failure to do so could have constituted a breach of these broader principles.”

Then Arcuri unveiled in the last week’s interview with the Sunday Mirror that her bonds with Johnson have been closer – and perhaps more bizarre – than initially expected. The two were seeing each other from 2012 and 2016, she claims, after they met at the UK event in 2011. Arcuri helped Johnson with his 2012 mayoral re-election bid and the two went on a few dates before having first sex at her Shoreditch apartment just hours before he took part in the Paralympics ceremony alongside Princess Anne, Prince William, Kate Middleton and his wife Marina Wheeler, mother of his four children.

I was in Singapore when Johnson & #Arcuri made their 2014 technology trade trip. Innotech wasn’t a technology company so she came as a representative of her new video technology company, Playbox which trading less than the required 12 months didn’t qualify. The man is corrupt! pic.twitter.com/G4HnD8R2DQ

Speaking to the Sunday Mirror, Arcuri claimed that she was not familiar with rules around trade missions and would have seen “no reason” why Johnson shouldn’t have declared her as his close friend during his mayoral years.

Arcuri, who now resides in the US with her husband, says she grew extremely disappointed with her ex-boyfriend with time for apparently failing to stand up for her during the conflict-of-interest scandal:

“We were in an intimate relationship for four years. I loved him, and with good cause. But the man I thought I knew doesn’t exist any more,” she laments to the media.

“A great leader is charismatic, courageous and brave. None of these words I would use to describe Boris Johnson.”

In the interview, the woman was still ready to share some saucy details about her secret romance with BoJo, including how the two had sex on a sofa at his house he shared with then-wife Wheeler, just minutes before she had returned home. The American tech exec also unveiled some explicit texts Johnson had allegedly sent her in response to her topless pics, including the one saying that her photo was “enough to make a bishop kick a hole in a stained-glass window.”

But one more person close to Johnson tells The Telegraph that it is not easy to believe that the then-mayor, always busy, “was rushing off for an afternoon bonk with this woman for four years.”

“It seems incredible. I don’t think it could be on the scale she is claiming,” the friend argues. “His aides knew where he was more or less the whole time. She [Arcuri] has obviously thought how she can maximise this for her own gain. You can’t blame her, but she has saved that photo and texts for years and then just waited.”

‘No Case to Answer’

Johnson’s press secretary Allegra Stratton defended the prime minister following the bombshell interview, saying that her boss follows “the Nolan Principles in conducting himself in public life,” which relate to the rules around ethical standards expected from a public officer.

The Greater London Assembly authority, also known as City Hall, will now investigate the ‘four-year relationship with elected official’ claims, and Johnson is expected to cooperate with the probe, the press secretary added. But Stratton says that it was already found during the previous probe that Johnson, then-London mayor, has “no case to answer” for public money spending.

“He will engage, but this was already being looked at in detail by no less an authority than the Independent Office for Police Conduct,” Stratton explains.

She says the prime minister had always acted with “honesty and integrity” in his public conduct.

Johnson has not officially confirmed his romance with Jennifer Arcuri, nor denied it. A spokesman for Number 10 previously told the media that they have “nothing further to add” to Arcuri’s claims.