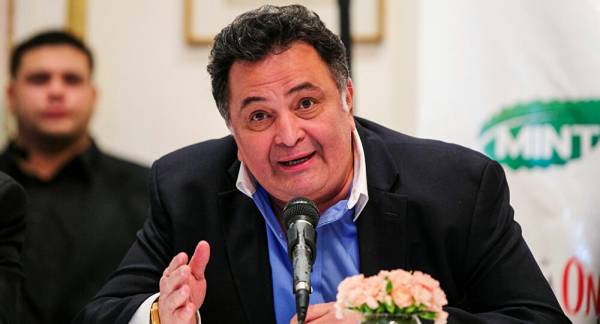 New Delhi (Sputnik): Bollywood lost two of its shiniest gems last week – veteran actor Rishi Kapoor and India’s representation in the West Irrfan Khan. Just when Indians were trying to get over the losses, sneaky videos of some of Rishi’s last moments began circulating on social media, triggering already grieving fans and family.

In response to leaked videos, the Federation of Western India Cine Employees (FWICE) lodged a protest on Saturday. A letter has also been sent to the HN Reliance Hospital in Mumbai, where Rishi breathed his last on 30 April 2020 after a two-year battle with cancer.

FWICE is an umbrella body for all the trade unions of the Indian film industry and is located in Mumbai. The federation, which claims to have 500,000 members, is the highest body of all Indian cinema associations.

Indian filmmaker Ashoke Pandit, who also serves as FWICE’s chief adviser, took to Twitter to share a copy of the two-page letter to the chairperson of HN Reliance Foundation Hospital. The video in question, shows hospital staff trying to sneak around the ailing veteran actor, recording his last moments slyly. The footage, showing Rishi in the hospital bed with an oxygen mask, gasping for breath, was later leaked online.

“The video is unethical -without permission and violates the fundamental right to live with dignity and privacy of a legend who lived a glorious and dignified life and is loved, regarded, held in high esteem by all”, Pandit tweeted along with the letter.

​Earlier on Thursday, popular television actor Kushal Tondon also addressed the video in question on Twitter, calling it a “gross violation of privacy”.

This is not the first time that such videos have been made and leaked online.

In its letter, FWICE noted that a similar incident happened when veteran actor Vinod Khanna died in 2017. A video was recorded without the consent of the actor’s family from the same hospital and circulated online.

“We hereby earnestly request you to look into the administration of your hospital where celebrity patients are subjected to the infringement of their fundamental right to die with dignity”, the letter said.

For now, FWICE has provided a 15-day window to the hospital to investigate the matter and initiate action. If the hospital fails to do so, FWICE has noted, it will not refrain from taking legal action.