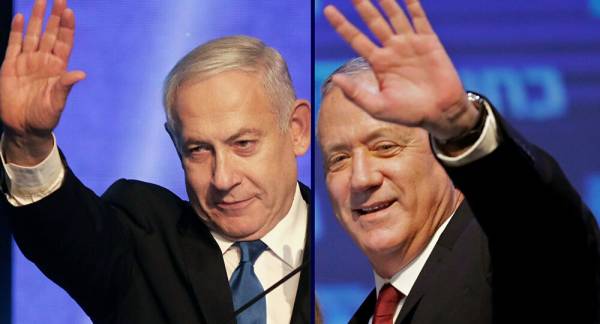 Israel might head to the polls for the fourth time in under two years, warns the Director of Israel Democracy Institute, if the country’s High Court, set to convene later today, decides the agreement sealed between PM Netanyahu and Blue and White party chief Gantz contradicted the Jewish state’s democratic values.

Israel’s High Court of Justice to adjourn on Monday to hear petitions against the power-sharing agreement signed between Prime Minister Benjamin Netanyahu and the Blue and White chief Benny Gantz.

The 14-pages-long pact, inked in late April, stipulates the division of power between the former political rivals turned allies and paves the way to the creation of a broad government in Israel aimed at tackling COVID-19, which has claimed the lives of more than 230 people and has shaken up the country’s economy.

But petitioners, an array of NGOs and individuals associated with Israel’s left-wing circles, who appealed to the court several weeks ago, demanding its interference, say that the pact could not be binding as it breached the democratic values of Israel.

This is not the first time Israel’s left-wing circles have called on the High Court of Justice to take action. On Sunday, its 11 judges convened to discuss a series of petitions aimed at determining whether Netanyahu, who has been indicted in a series of graft probes but who has denied any wrongdoing, can form a government.

Similar appeals have been submitted to the court earlier this year but the institution — which has long been accused of being biased against the prime minister — rejected those pleas, preferring to keep away from political decisions that could mar its reputation even further.

Now, however, after mounting pressure and a series of demonstrations, the court is set to discuss whether the agreement was in fact legal.

Pact as a Threat to Democracy?

Yohanan Plesner, the President of Israel Democracy Institute, says the deal seems to be “problematic”, containing several loopholes, and as such it has the potential to be aborted by the High Court.

The practical meaning of this is that the opposition that will try to unite incompatible players such as the left-wing Joint Arab List, Avigdor Liberman’s hawkish Yisrael Beitenu party as well as some centre-right elements, will not only find it tough to agree on key political and security issues but will also struggle to pass their bills, simply because they will not have the 61 members needed to turn a proposal into a law.

The low headcount of the opposition will also prevent them from having a say in selecting the country’s judges in Israel’s Judicial Elections Committee, which means that it will be more difficult for those who hold more liberal or left-wing views to make it into the judiciary system.

Nor will they have an impact on the coalition’s plans to extend sovereignty over the Jordan Valley, which makes up some 30 percent of the predominantly Palestinian West Bank.

However, the opposition’s problems don’t stop there. “This is the first time that no major Knesset committee [that usually deal with bills after they pass the preliminary and first readings – ed.] was given to the opposition, keeping them all in the hands of either Likud or  Blue and White.”

Such was the case with the Economic Affairs Committee, that has traditionally been associated with Israel’s left and that has now been handed down to Netanyahu’s Likud, which will make sure to focus on aspects that matter most to the party, including “land concessions, the property of absentee Arabs [who fled Israel with the eruption of the Independence War in 1948 – ed.], as well as the property of Jews from enemy states”.

And it is costly too. According to estimates, such a government will cost Israel’s taxpayers some $51 million annually, whereas to finance three years of such a coalition, Israelis will need to fork out more than half a billion dollars.

The Deal’s Bright Side

Yet, the agreement has upsides too, says Plesner. Apart from the fact that it creates a political ceasefire that puts an end to the 18-month-long deadlock, the deal also drives a final nail in the coffin of Netanyahu’s attempts to pass a series of anti-constitutional regulations that were on the table, including the alleged desire to control the Justice Ministry to evade his own trial.

More importantly, however, it presupposes the establishment of a broad coalition totalling between 72 to 78 members, “something that will make it easier to approve budgets and deal with the threats of COVID-19”, said Plesner.

Israel’s history shows that a coalition of this sort has every chance to succeed. In 1984, amid raging inflation and the first Lebanon war, Shimor Peres, then-leader of the Labour party, joined forces with the head of Likud, Itzkhak Shamir, forming a national unity government that not only succeeded in kicking off the process of withdrawing IDF forces from Lebanese territories but has also managed to tackle the acute economic crisis.

This time, however, it will be up to the High Court to determine whether history can repeat itself. If its eleven judges, who are set to convene in the early morning of Monday in a session that will be televised live, decide that the agreement forged between Netanyahu and Gantz was not legal and contradicted Israel’s democratic values, the pact will be annulled, triggering another national vote, set for the end of July or the beginning of August.

Previous : Government Wants to Use the Pandemic to Plant Microchips in People, Piers Corbyn Claims
Next : Pandemic eases in parts of Europe but worsens in India