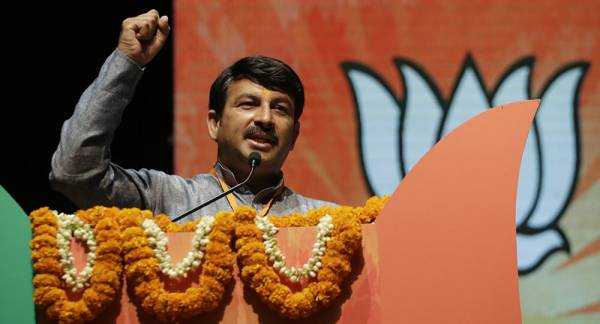 New Delhi (Sputnik): Singer-turned-politician Manoj Tiwari was appointed as Delhi’s Bharatiya Janata Party chief in 2016 and came under scrutiny for the party’s abysmal performance in the Delhi elections in February. Soon after the results, Tiwari took responsibility for the party’s poor performance and had offered to resign.

India’s ruling Bharatiya Janata Party (BJP) on Tuesday sacked Manoj Tiwari as the party’s state president and replaced the actor-politician with former mayor Adesh Kumar Gupta, a face in the party known for his organisational skills.

Senior leaders in the party said that the decision was taken keeping in mind the civic body polls in Delhi due in 2022. At present, the BJP is in power at the corporation and municipal level in Delhi.

Prior to this decision, it was reported that the BJP was looking to replace Tiwari, an MP from North-East Delhi, as Delhi unit chief with a more experienced leader who is not a celebrity.

Known for his flamboyant personality, the Bhojpuri singing star-turned-politician, was often projected by the opposition as an outsider. The opposition also ridiculed his artistic background and used his songs to target him during campaigns.

The decision to sack him comes after the BJP failed to perform well in Delhi polls, of which Tiwari was a star campaigner. Contrary to the BJP’s prediction of securing a massive mandate in the February elections, the Aam Aadmi Party led by chief minister Arvind Kejriwal secured 62 of the 70 seats in the Delhi assembly.

The rest of the seats fell into the BJP’s lap. Tiwari had then held himself responsible for the “unpredictable” loss in the elections despite the high-voltage campaign.

Meanwhile, the new face of the party in Delhi is a member of the standing committee, a top decision making body of the North Corporation from Delhi’s West Patel Nagar ward and is also considered to be close to India’s Hindu nationalist organisation Rashtriya Swayamsevak Sangh (RSS).

Previous : ‘We’ll Not Back Off’: Chinese Troops Crossed Into Indian Side, Admits India’s Defence Minister
Next : NC governor: GOP must prepare for scaled-back convention