Biden Says Will Strengthen US Alliances in Asia-Pacific Region 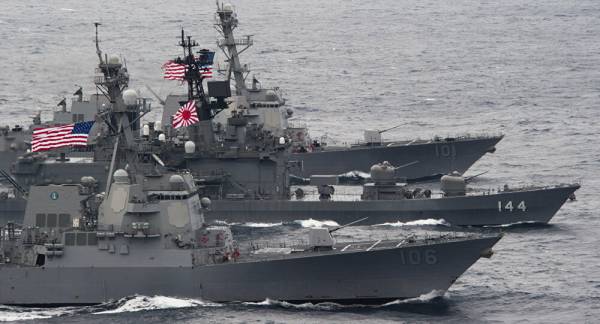 Presumed US President-elect Joe Biden told reporters on Tuesday that in a future Biden administration, he would rebuild the US State Department’s morale and expand US alliances in the Pacific while dodging involvement in a new war.

Speaking from his hometown of Wilmington, Delaware, Biden said his security team was “ready to lead the world,” pledging to strengthen US alliances in the Asia-Pacific region.

Earlier, Biden began announcing some of his nominees to fill key cabinet positions. Biden promised that longtime advisor Antony Blinken, who he picked to become secretary of state, would return “trust” to the department, which is presently run by former CIA director Mike Pompeo.

“He’s one of the better-prepared for this job,” Biden said of Blinken. “No one’s better prepared in my view … He will rebuild morale and trust in the sate department where his career in government began … Tony is ready on day one.”

“This team behind me, they embody my core beliefs that America is strongest when it works with its allies,” he said. “Collectively this team has secured some of the most defining national security and diplomatic achievements in recent memory, made possible through decades of experience working with our partners.”

His comments come on the heels of a group of Asian nations penning the Regional Comprehensive Economic Partnership (RCEP), a 15-country trading bloc that notably includes China but excludes the United States. Many of the nations are US allies, including Japan, South Korea, and Australia, as well as nations Washington has sought to sway from China’s influence, including Vietnam, Malaysia, and the Philippines.

Biden has said he has no intentions to strengthen the slew of trade restrictions imposed on China by the administration of US President Donald Trump. However, in those same comments, he repeated the same logic Trump has used to enhance its efforts to halt Chinese political and economic expansion: that China isn’t playing the game according to the rules and that sanctions and tariffs are intended to force Beijing back into line.

Last week, the US State Department’s Office of Policy Planning published a document that laid out a multi-decade plan for stopping China’s rise. As Sputnik reported, several of its policy recommendations included fortifying the “rules-based international order” the US created after World War II; working to “reevaluate its alliance system and the panoply of international organizations in which it participates” to ensure they support this vision; and strengthening existing alliance systems and creating new ones.