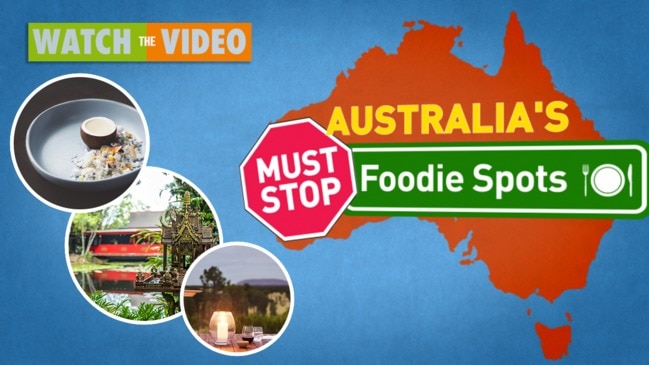 An off the beaten track, must stop foodie spot, in every Australian state.

Cheese will be among the fine foods Australia Post will no longer deliver.Source:istock

Battling small business owners sending fine foods from the bush have been thrown into limbo after trying to determine whether a looming Australia Post halt on perishable food delivery applies to their products.

Taxpayer-owned Australia Post revealed on Monday it would no longer deliver perishable foods after June 30.

Australia Post contacted some producers – including makers of butter, cheese, truffles, smallgoods and native bush ingredients – to inform them of the decision.

In a statement provided to NCA NewsWire, Australia Post blamed “complex food safety and regulatory requirements” that differed between states for the halt.

Goods had previously been defined in categories that Australia Post would deliver based on food safety risks.

But since the halt was announced, confusing dialogue from Australia Post has some businesses unclear about their future.

Chocolate had been labelled category 2 and safe for delivery before the ban.

“We have received some information through our local Australia Post representatives, but there is still no clarity around the definition of perishable goods and there needs to be as soon as possible,” Ms Druce told NCA NewsWire.

Ms Druce said if chocolate delivery was to be scrapped, or if there were new guidelines and expenses for transportation, her online sales would be decimated.

“Our business surged through the pandemic, as people were online shopping, so we had to put staff on solely for online ordering,” Ms Druce said.

“If Australia Post won’t deliver chocolate, it would be detrimental to our sales.

“We’re a small country town in the Riverina, we don’t have any alternative delivery options. We might have to use TNT but they aren’t Australia-wide.

“That would mean we would have to reduce our reach across Australia after working so hard to raise it during the pandemic.”

During the pandemic, Mr Druce had the equipment to manufacture hand sanitiser when there was a national shortage.

“We dealt with all the limitations and changes in terms of ethanol content and how hand sanitiser could be produced and delivered last year,” Mr Druce said.

“There are a lot of rules already around how our whisky is delivered and sometimes Australia Post is our only option.

“If Australia Post was to include chocolate in perishable foods they won’t deliver, it would be another nail in the coffin for small businesses from country towns trying to have a go in this new era of online sales.”

Cheese, however, is among the foods producers know will be part of the ban.

Cheese Therapy co-founder Sam Penny said this was a major blow for thousands of small businesses.

“We’ll fight to save all small producers against this draconian ban which will have a devastating impact on the businesses run by mums and dads and their families around the country,” Mr Penny told NCA NewsWire.

“It flies in the face of Australia Post’s public pledges to not touch the parcel service.”

Mr Penny said more than 80 per cent of Cheese Therapy deliveries were made using its own refrigerated home delivery service but it has also relied on Australia Post for more than five years to deliver to rural and regional areas, including remote cattle stations and Nhulunbuy in the Northern Territory.

In the past 12 months, 55,000 hampers have been safely sent around Australia.

Previous : UK flight tickets from India rocket to £2,000 as families rush to avoid the travel ban
Next : Channel 7 star hit with new charges