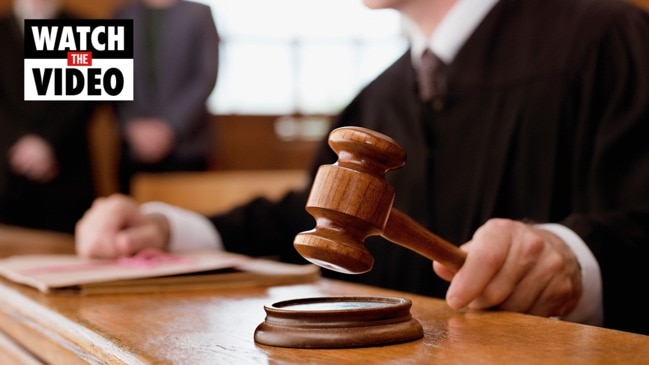 Divorce, bankruptcy and citizenship issues – these are all matters that might land you in court. But not all courts are created equal.

Two men have been jailed for trying to bring 271kg of meth into Australia via a private plane. Picture: SuppliedSource:Supplied

A suburban accountant and a grandfather on the age pension have been jailed for a failed scheme to import millions of dollars worth of meth into Australia from the US in a private plane.

Peter Caluzzi, 61, and Hugh Gorman, 74, were jailed by the County Court of Victoria on Tuesday for 17 years and 14 years respectively for their attempt to import meth into Australia with a value estimated by police at between $37m and $58m.

Judge George Georgiou said Caluzzi’s friends and family were shocked when it emerged the “relatively successful” principal accountant at a Sunshine firm, who had no prior convictions, was secretly a drug trafficker.

Gorman, a 74-year-old former pilot and farmer, was an equally unlikely figure to become involved in the commercial drug trade.

Hugh Gorman, 74, modified the light aircraft to carry 270kg of meth across the Pacific. Picture: SuppliedSource:Supplied

The grandfather was previously most well known in the community for building a go-kart track for children and being awarded the National Emergency Medal for volunteer firefighting.

But the US Drug Enforcement Agency (DEA), working with Australian authorities, caught the pair in the middle of a daring plan to island hop a plane full of 271kg of methamphetamine across the Pacific Ocean.

The alleged organiser, crime figure Jim Soukoulis, remains on the run after skipping bail in November 2019.

The drugs had an 80 per cent purity – meaning if the plot was successful, the men would have caused almost 200kg of pure meth to hit Australia’s streets.

The three were linked through Caluzzi, who worked as an accountant for the other two, and they began hatching the plan in September 2016.

Jim Soukoulis remains wanted by police after skipping bail and going on the run in November 2019. Picture: SuppliedSource:Supplied

Judge Georgiou said Caluzzi was in money trouble after a series of bad investments, including lending Soukoulis money for two unsuccessful cafes and sinking his elderly mother’s superannuation money into failed financial gambles.

“You were increasingly anxious and distressed,” he said to Caluzzi.

Gorman had been unable to work since a trucking accident that forced him into bankruptcy, Judge Georgiou said.

He collected the drugs, modified the plane so the drugs would fit, and planned to fly it to Australia.

The methamphetamine had an almost 80 per cent purity, authorities discovered. Picture: SuppliedSource:Supplied

Caluzzi was responsible for managing the financing and insurance for the $850,000 plane.

Soukoulis was allegedly the boss and brought in Caluzzi and Gorman for the transportation.

But on June 14, 2017, the US DEA searched Gorman’s storage unit in the small town of Windsor, north of San Francisco, turning up 270kg of meth packed into 10 suitcases and a box.

In July the DEA seized the plane at Santa Rosa Airport.

Police say investigations on both sides of the Pacific tied the three men to the drugs and the importation plan.

Caluzzi and Gorman pleaded guilty to conspiracy to import a commercial quantity of a border-controlled drug and Caluzzi also pleaded guilty to a drug trafficking charge, relating to a 2013 offence that had previously not been prosecuted.