At Least 7 Injured in Blast Near Site of Counter-Terror Operation in Handwara, Kashmir 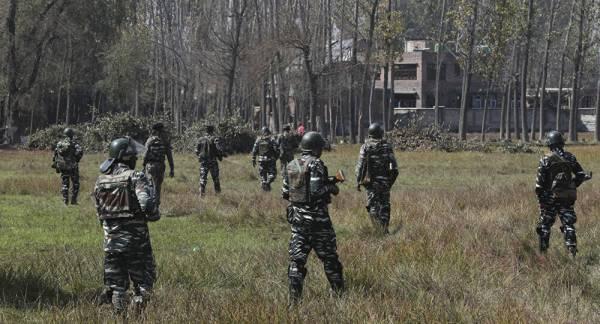 New Delhi (Sputnik): Earlier in the day, five security personnel were killed by terrorists in Handwara, a town in India’s Jammu and Kashmir union territory. India has accused Pakistan of instigating terror activities in Kashmir; Pakistan has denied the charges and insisted the local Kashmiris are fighting for their independence.

At least seven people have been injured in a mysterious blast which took place near the site of an anti-terrorist operation in the town of Handwara in the Indian union territory of Jammu and Kashmir on Sunday. Local media reported that the blast took place while civilians were cleaning a drain in the village of Ahgam.

All the injured were taken to the sub-district hospital in Handwara for treatment.

Earlier in the day, five security personnel and two terrorists were killed in the area after overnight encounter.

Police Inspector-General Vijay Kumar has claimed that top Lashkar-e Taiba commander Haider from Pakistan was killed in the encounter. Also during the anti-terrorism operation, a team of five, including two officers from the 21 Rashtriya Rifles, two soldiers, and a Jammu and Kashmir police entered a house to evacuate civilians on Saturday afternoon and were killed.

Indian Defence Minister Rajnath Singh said that the loss of Indian soldiers and security personnel in Handwara is deeply disturbing and painful.

Chief of Defence Staff General Bipin Rawat said that Commanding Officer Ashutosh Sharma leading from the front along with other personnel of the unit and Jammu and Kashmir Police have laid down their lives, “living upto the motto; Service Before Self”.

While peace prevailed for several months following August 2019, when India divided Jammu and Kashmir, revoking its statehood and quasi-independent constitutional status, terrorists activities increased in April 2020. According to police records, at least 17 terror incidents took place in April alone, in which 29 terrorists were killed and 11 security personnel lost their lives.