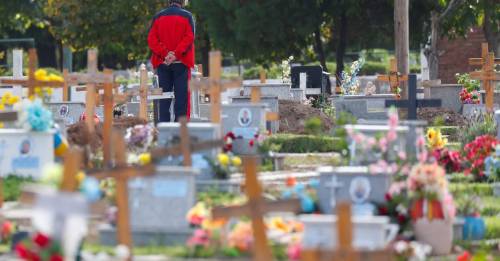 Argentina is facing its "worst moment" of the COVID-19 pandemic, the country's health minister said on Wednesday, as deaths from the virus neared 60,000 amid a sharp second wave that has forced the country to re-impose some lockdown measures.

Carla Vizzotti warned that the South American country's healthcare system was at risk, especially in the metropolitan area around capital Buenos Aires, which had forced the government to restrict movement and suspend indoor activities.

"We are living through the worst moment of the pandemic now," she told a daily briefing, adding the country was seeing an important rise in the circulation of new variants, with the virus surging in the capital and beyond.

"It's growing exponentially in most of the country."

Argentina, which is rolling out an inoculation program largely around Russia's Sputnik V vaccine, has recorded over 2.7 million COVID-19 cases and has set a series of new daily records for infections in recent weeks. Deaths from the virus are likely to hit 60,000 later on Wednesday.

A local laboratory on Tuesday said it had produced a test batch of Sputnik V ahead of planned large-scale manufacture later this year. Vizzotti said it was "great news" though cautioned it needed to be quality controlled and that the time frame would depend on how that process went.

Carlos Camera, an Argentine infectious disease expert, said there was a possibility of health systems being overwhelmed, which was the cause of new restrictions that had sparked some protests amid a fragile economic rebound.

"What was not foreseen was the size with which this second wave has hit and above all the speed of it compared to the speed we've managed with vaccinations," said Camera.