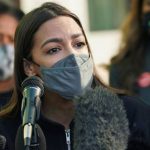 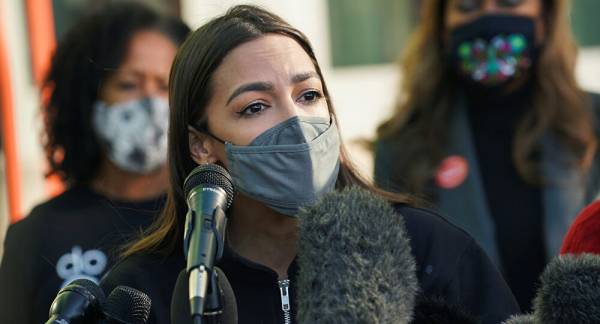 Already under fire for what is believed to be a concealment of the true numbers of coronavirus fatalities in New York state’s nursing homes, state Governor Andrew Cuomo also faces allegations of sexual harassment from two former aides: Lindsey Boylan and Charlotte Bennett.

“Lindsey Boylan and Charlotte Bennett’s detailed accounts of sexual harassment by Gov. Cuomo are extremely serious and painful to read”, AOC commented. “There must be an independent investigation – not one led by an individual selected by the Governor, but by the office of the Attorney General.”

Ocasio-Cortez appears unsatisfied with an investigation announced by the governor’s office led by a former federal judge, Barbara Jones. Beth Garvey, the governor’s special counsel, said that the Attorney General of New York State and the Chief Judge of the Court of Appeals were asked to “jointly select” an attorney “without political affiliation” to review the allegations.

Lindsey Boylan and Charlotte Bennett’s detailed accounts of sexual harassment by Gov. Cuomo are extremely serious and painful to read.

There must be an independent investigation – not one led by an individual selected by the Governor, but by the office of the Attorney General.

Earlier, two former Cuomo administration staffers, Lindsey Boylan and Charlotte Bennett, separately accused him of sexually harassment. Boylan was the first to step forward with her story, alleging that Cuomo suggested that she play “strip poker” with him and, later, planted an unwanted kiss on her lips.

Bennett revealed her allegations earlier on Saturday to The New York Times, saying that, although Cuomo never touched her, he verbally hinted that he was open to sexual relations with women in their 20s and asked her whether she was okay with “age gaps” or if she had been with “older men” before.

The governor denied both allegations, claiming that he never acted inappropriately toward the two women. His office announced a “thorough review” into the two stories, with Cuomo urging New Yorkers to “await the findings of the review so that they know the facts before making any judgements.”

Sexual harassment allegations against Cuomo coincide with the claim that his administration allegedly downplayed the real numbers of coronavirus fatalities in state nursing homes. In light of the scandal, many have called for his impeachment.

Previous : Explosion Heard in the Skies Above Syria’s Damascus – SANA
Next : Washington to Appeal Court Ruling Against Freeze on Evictions During COVID-19 Pandemic