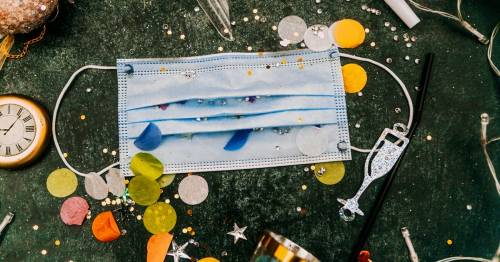 An anti-vaxxer who went to a so-called " coronavirus party" to catch the deadly virus has died as a result, it has been reported.

The 55-year-old man died in Austria last week, l Dolomiti reports, having gone to one of these parties in the city of Bolzano in South Tyrol, northern Italy.

A further three people have been taken to hospital with the killer virus after going to similar events in the Alpine region.

Shockingly some parents are reported to have taken their children to such parties to infect them with Covid-19, and one child is so far known to have hospitalised.

Dr Patrick Franzoni, co-ordinator of the anti-Covid unit in Bolzano, said that at least one person at each party will already be infected with Covid, and the others will deliberately come into close contact with them – sharing hugs and drinks with them.

A number of European countries are introducing 'Green passes', which are needed for work and leisure.

The only way to obtain these is by being fully vaccinated or by proving you have recovered from the virus within the last six months.

Dr Franzoni told Italian newspaper Il Dolomiti : “We have received more than one account from doctors of patients who admitted to having been infected on purpose.

“[They do this] to develop antibodies, and to obtain the green pass without vaccination,” he said.

“There are long-term consequences and even young people can end up in hospital.”

Austria this week became the first European nation to reintroduce measures after the Covid-19 vaccine rollout, with non-essential shops set to close and Austrians ordered to work from home.

People will be legally required to be double jabbed by February 1, Chancellor Alexander Schallenberg told a televised news conference today.

The restrictions will be in force until December, but will be reassessed after 10 days, authorities said.

Around two-thirds of Austria's population is fully vaccinated against coronavirus, one of the lowest rates in western Europe.

Its infections are among the highest on the continent, with a seven-day incidence of 991 per 100,000 people.

Meanwhile authorities have sounded the alarm bells in Germany, where the infection rate is only slightly below that of the UK.

Previous : New York Giants great Michael Strahan set to be space tourist next month aboard Blue Origin flight
Next : Ontario mother pleads guilty in son’s death after he was swept down Grand River