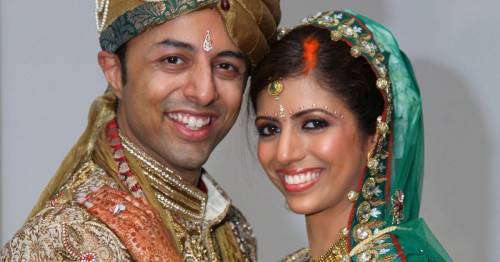 A taxi driver who killed honeymoon bride Anni Dewani has been released on parole less than 10 years after his conviction.

The new bride was shot dead in Cape Town, South Africa, while on holiday with her British millionaire husband Shrien, who was acquitted of arranging the murder.

Tongo, whose parole bid blocked a day before he was due to walk free in 2020, will now leave prison despite helping orchestrate the killing just 12 years ago.

The Department of Correctional Services spokesperson Singabakho Nxumalo confirmed he was no longer behind bars.

He and two other men – who claimed care home boss Shrien Dewani had arranged a hit on his wife – were found guilty of Anni's murder in South Africa.

At a trial in 2014, Shrien, now 42, was acquitted of arranging the murder of Anni in Cape Town, just days after the wedding, as a judge said the evidence against him was insufficient and “riddled with contradictions”.

Tongo was found guilty and sentenced to 18 years but he wanted to be freed early following a 2020 appeal.

Tongo's parole was withdrawn a day before he was due to walk free for good behaviour after serving half of his 18-year sentence, TimesLive reported.

Shrien and Anni Dewani at their wedding, days before she was murdered
(

The now 41-year-old was due to be freed from Malmesbury prison on July 28, but on July 27 he was told he would remain behind bars and his parole was being reviewed.

Shrien, from Bristol, and Anni, from Sweden, married in a traditional Hindu ceremony in Mumbai and flew to Cape Town for their honeymoon.

They had been in South Africa for almost a week when she was killed as they toured suburban Cape Town in a taxi in November 2010.

Shrien claimed the vehicle was hijacked and he was forced out after being robbed.

The businessman, who was extradited to face trial, claimed the taxi drove off with his wife still inside.

She was found dead from a gunshot wound to the neck in Tongo's abandoned taxi the following morning.

His early release was halted after he was grilled by Anni's father and uncle, who say he has shown no remorse and want him to serve the full 18 years.

Anni's father told the newspaper two years ago that Tongo is playing "nice" in prison and "fooling the system" to get an early release, adding: “This man should be behind bars, he is dangerous to society. He doesn’t deserve to be outside.

“We had an opportunity to address him directly and I showed him my daughter’s picture on my mobile phone and asked him, ‘Did you know who this girl was?’ He said, 'No'. I said, ‘This is my daughter Anni'.

Mngeni, who has since died, and Qwabe were both jailed.

Shrien, who has always denied plotting to murder his new bride and didn't give evidence at his trial, was acquitted by a judge in South Africa in December 2014 after she blasted the prosecution's evidence as unreliable.

In 2016, he wrote a letter to a London coroner claiming the three convicted men had lied and he was the victim of an attempt to frame him.

Previous : Rescue cat so happy to have found her forever home SMILES all the time
Next : Josh Taylor makes weight decision and agrees to Jack Catterall rematch