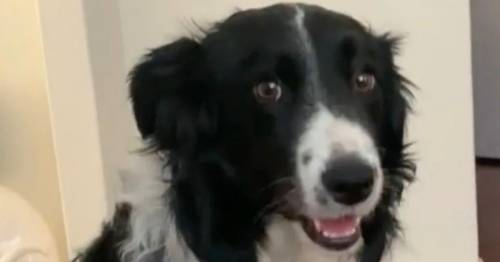 A furious neighbour at their wits' end over a dog's incessant nocturnal barking has threatened to "resolve" the issue should local authorities fail to do so.

Matthew Totani asked TikTok if he should be worried for the safety of his pet pooch Molly after receiving a note penned by a clearly enraged neighbour on his street.

The note reads: "We moved into this neighbourhood 3-4 months ago and during this time your dog has persistently been barking from dusk until dawn 7 days a week."

'Enough is enough," it added.

"I am advising you we will be notifying the authorities if required as this is not only unfair to us but ALL your neighbours.

In the most worrying line, they wrote: "If they don't pursue and resolve problem… I "WILL".

Can you identify with this dog owner, or the note writer? Have your say in the comment section

"Have some consideration for others!!", they continued.

Matthew captioned the video: "Threat, yes or no?"

"Molly is currently being retrained."

Users largely shared Matthew's concern – with some advising him to report her "straight to the police" for the "completely unacceptable" letter.

The user added: "This is a legal threat. If they have a legitimate concern they would let you know their details."

The furious neighbour claims to have spent many sleepless nights in a rage due to Matthew Totani's dog, Molly, barking all night long
(

Another wrote: "I’m such a heavy sleeper I didn’t even notice my dog barking through the night.

"Neighbours sent a letter but were really nice about it."

Others empathised with the neighbour, having been in the same sleepless situation in the past.

"I went to my neighbour about his dogs and got abused," one TiKToker said.

"Your dog has driven them crazy," said another. "It happens and the outcome won’t be pretty if they snap."

The note was flagged as "strange" by Australia Post because it came from someone in his own neighbourhood in in Adelaide, Australia, according to Yahoo News.

"The note says the person moved in three to four months ago, we have a lot of new people moving into our area but going door knocking and asking every neighbour if it was them isn't really ideal since I doubt someone would admit it was their note," he told the website.

Matthew admitted he now fears someone will try and harm his dog.

He told Yahoo: "The note is a threat saying 'they will deal with the issue'.

"Obviously I'm also annoyed that someone can't just have a face-to-face conversation about the dog barking, as now I have to fear someone will try and harm my dog."

Matthew said he's contacted the local council and is trying to train Molly to refrain from barking in the morning.

He explained that his family lives next to a footpath that joggers, cyclists and other dog owners use during the time his dog was barking and he suspects that could be causing his pet to react.

"It would have been much easier if our friendly neighboor just came and had a chat and coffee over the matter," he added.

Previous : Why 5G is threatening to cause flight delays
Next : James Anderson hits back at Michael Vaughan over claim England should “move on” from him