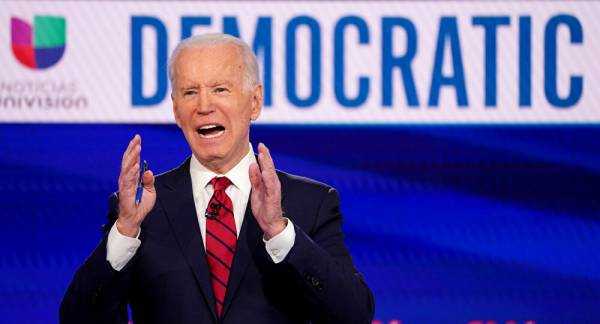 New details emerge on former Senate staffer Tara Reade’s accusations suggesting that Democratic nominee Joe Biden sexually assaulted her in 1993 when she used to work for his office.

Former Senate staffer Tara Reade told her ex-husband she was sexually harassed while working for Joe Biden in 1993, according to archive court documents obtained by The Tribune in San Luis Obispo.

Theodore Dronen, who was Reade’s husband at that time, wrote in a court declaration that Reade told him about “a problem she was having at work regarding sexual harassment, in US Senator Joe Biden’s office”.

According to the court documents cited by The Tribune, Reade told Dronen that she “eventually struck a deal with the chief of staff of the Senator’s office and left her position”.

The report emerged as Reade appeared in her on-camera interview on Thursday, calling for Biden to step down from the presidential campaign, urging him “to be held accountable” and saying that he “should not be running on character for the president of the United States”.

Biden’s campaign manager, Kate Bedingfield, refuted the accusations, noting that although “women must receive benefit of the doubt” when sharing their stories, “we cannot sacrifice the truth”.

She echoed Biden’s denial statement on the accusations, in which he insisted that “they aren’t true” and “this never happened”.

Reade filed a criminal complaint in spring 2020, accusing Biden of “inappropriately touching” and noting that she did the same in 1993 when the alleged harassment took place.

The Secretary of Senate has told Biden that it has “no discretion to disclose” the existence of complaints of sexual assault when the former vice president requested that the records be published.