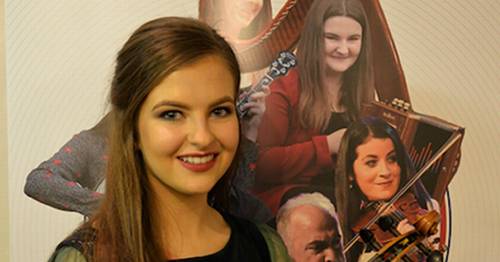 A primary school teacher has been murdered as she jogged along a canal path on Wednesday afternoon.

Ashling Murphy was attacked while on the canal bank in Tullamore, Co Offaly, in Ireland at around 4pm, in what police are calling a "stranger murder".

The 23-year-old had been exercising along the recreational route between Boland’s Lock and Digby Bridge, Cappincur, when the killer struck.

Her death has left her community in shock and has rocked the entire nation as they grieve for the popular Irish musician and try to come to terms with her brutal killing.

Here's what we know about her tragic death so far.

The talented musician was known in circles throughout the country
(

The 23-year-old was a popular school teacher

Where the murder happened

The canal path where Ashling was attacked is very popular with people who like jogging, walking or cycling.

A post-mortem examination shows she was strangled to death by her killer.

The Irish police force Gardia believe she put up a brave fight, but added that she may have been stalked prior to her death.

Police are appealing for anyone who was in the area at around 4pm on the day she was killed to get in touch.

Who was Ashling Murphy

Ashling was a popular teacher at at Durrow National School in Tullamore, who also loved playing traditional Irish music.

Those who knew her described her as a gifted musician who was loved by her pupils.

Local Councillor Declan Harvey said: “Ashling was recently with the Durrow school kids doing a choir with them.

“There’s a lot of sadness because most of my neighbours up here walk the canal line daily."

Floral tributes near the scene of the murder
(

Ashling's family have spoken of their heartbreak in an interview with the Irish Independent.

Her mother Kathleen said: “The last thing she’d say in the morning going out was ‘Mam, I love you’."

Her father Raymond added: “She was just a special girl. She’s the youngest, a little angel.

“She was a brilliant girl in every sense of the word."

A friend said Ashling was a "kind soul", adding that she was "born to be a teacher".

The powerful image was shared on social media
(

Irish Love Island star Maura Higgins shared a powerful image of the words "She was going for a run" onto her Instagram story.

"May she rest in peace," was added underneath, and Maura shared it with her fans, saying it was "truly heartbreaking".

"I never walk the dog after 5pm alone and even that isn't safe anymore. My thoughts with Ashling's friends and family. I cant imagine their pain."

Vigils are taking place across Ireland
(

The community's reaction to her murder

Vigils are being held over Ireland in the coming days to pay tribute to Ashling.

The National Women's Council of Ireland have organised events in most parts of the country where people can pay their respects.

Those attending have been encouraged to bring flowers and candles while wearing face masks and join the call for an end to men’s violence against women.

A full list of all the vigils in Ireland are available on the Irish Mirror website here.

A vigil is also being held outside the London Irish Centre in London from 4 to 5pm tomorrow.

A man aged in his 40s was arrested in connection with her death but was released on Thursday night.

Gardai say he is no longer being considered as a suspect in the crime.

Officers are appealing for witnesses and asked anyone with information about a "Falcon Storm mountain bike" with "straight handlebars and distinctive yellow/green front forks" to come forward.w

Gardai have promised to leave "no stone unturned" in bringing Ashling's killer to justice.