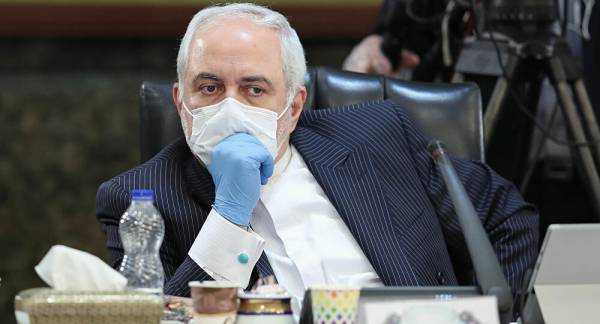 Earlier, US Secretary of State Mike Pompeo was reported by The New York Times as mulling plans to invoke a provision in the Iran nuclear agreement (JCPOA), which the Trump administration pulled out of in 2018, to either seek the extension of an arms embargo on Iran or reimpose even harsher United Nations sanctions.

Iranian Foreign Minister Mohammad Javad Zarif went on Twitter on Tuesday to underscore the essence of UN Security Council resolution 2231 and urged his American counterpart Mike Pompeo to peruse it, if he hadn’t done so earlier.

​Tweeting that the US Secretary of State was “pretending” the UNSCR 2231 was independent from the Joint Comprehensive Plan of Action (JCPOA), Zarif speculated whether Pompeo had even read the text of the resolution.

The Iranian Foreign Minister emphatically stressed that UNSCR 2231 and the JCPOA were “inseparable”.

The New York Times reported on 26 April, citing sources in the Trump administration, that Washington was harboring plans of claiming that the US formally remains a participating nation in the Joint Comprehensive Plan of Action (JCPOA) accord, which it unilaterally withdrew from in 2018.

Invoking the provision, wrote the outlet, would seek to either force an extension of the arms embargo against Iran or re-impose harsher sanctions.

The moves were reportedly being deliberated in case the UN Security Council declined reimposing an arms embargo against Tehran after the existing one expires later this year.

In response to the reports, Iranian Foreign Minister Mohammad Javad Zarif urged the US Secretary of State to “stop dreaming”, tweeting that the “Iranian Nation always decides its destiny.”

​The JCPOA was signed by Iran, China, Russia, France, Germany, the United Kingdom, the United States, and the European Union in 2015, in a bid to reach a comprehensive and long-term solution to the Iranian nuclear issue.

According to the agreement, Iran was to scale back its nuclear programme and severely downgrade its uranium reserves in exchange for sanctions relief.

However, Donald Trump described the Iran deal as a “disaster” and “the worst deal ever”, unilaterally scrapping it in 2018.

Since leaving the accord, the United States has re-introduced wide-ranging sanctions against Tehran, including sanctions on the oil production sector.

In response to the US withdrawal, Tehran also discontinued its commitments.