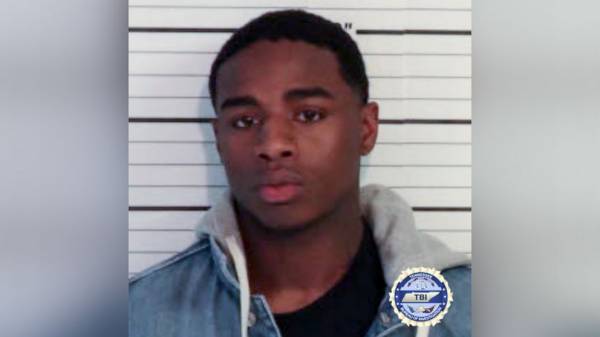 Two men have been taken into police custody in connection with the shooting death of rapper Young Dolph in Memphis, Tennessee, on Nov. 17.

Justin Johnson, 23, was captured on Tuesday afternoon, the U.S. Marshals Service said, nearly a week after law enforcement announced he was wanted by police in connection with a number of alleged charges, including first-degree murder, criminal attempted first-degree murder and property theft.

A second suspect was indicted by a grand jury on Tuesday on first-degree murder charges in the shooting death of the Memphis rapper, said Shelby County District Attorney General Amy Weirich.

Cornelius Smith, 32, was indicted on additional charges of attempted first-degree murder, convicted felon in possession of a firearm, employment of a firearm in the commission of a dangerous felony and property theft. He is being held without bond.

Young Dolph’s brother, who was with the rapper when he was killed, is the victim in the attempted murder count.

Smith was arrested on Dec. 9 in Southaven on an auto-theft warrant involving the white Mercedes Benz vehicle that was used in the killing of Young Dolph, the U.S. Marshals Service said. The vehicle was taken in a carjacking on Nov. 10 at a gas station and was found on Nov. 20 — three days after the murder — behind a home in Orange Mound, where a tipster said it was abandoned.

Young Dolph, whose given name was Adolph Robert Thornton Jr., was shot and killed in Memphis on Nov. 17 while visiting Makeda’s Homemade Butter Cookies, a bakery in South Memphis that the rapper was known to frequent. He was 36.

TBIJustin Johnson, 23, is pictured in a photo released by the Tennessee Bureau of Investigation on Jan. 5, 2022, with a notice that he is wanted and should be considered armed and dangerous.

Over the past decade, the rapper rose to prominence in the indie hip-hop scene by releasing a series of mixtapes and founded his independent record label, Paper Route Empire, in 2010.

Dolph was born in Chicago but grew up in Memphis and released his first studio album, “The King of Memphis,” in 2016.

He was injured in a previous shooting in Los Angeles in September 2017.

Dolph was honored at a public memorial at the FedEx Forum in Memphis last month as fans and community members gathered to pay tribute to the slain rapper one month after his death.

The rapper was remembered by friends, family, community leaders and aspiring artists, who recognized him as a family man, a trailblazing creative and a philanthropist who had a devotion to service and a deep connection with his community.