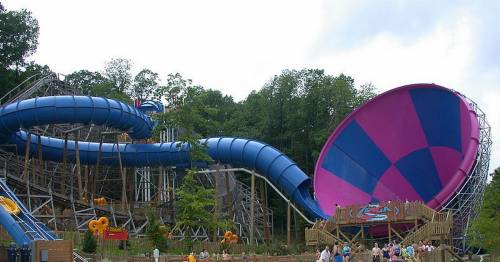 A woman died after losing consciousness on a roller coaster at the Holiday World & Splashin' Safari theme park in the US city of Santa Claus, Indiana.

The woman has since been identified as Dawn R. Jankovic, 47, from Brunswick, Ohio by the Dubois County Coroner Katie Schuck.

According to a post on the theme park's official Facebook page, Ms Jankovic visited Holiday World on Friday and became unconscious while riding on The Voyage roller coaster, Daily Star reports.

Emergency medical technicians from the theme park arrived just minutes later and treated her before an ambulance arrived and transported her to the nearby Memorial Hospital in Jasper, Indiana.

Sadly, it was at this hospital that Ms Jankovic died later the same night.

The park said the ride was inspected and was operating correctly
(

A "full inspection" of the ride was performed by staff, in which no issues or faults were found, and the ride was operating "as it was intended to".

The full post on the theme park's Facebook page reads: "Earlier this evening, a female guest returned to the station of The Voyage roller coaster unresponsive.

"The guest was transported via ambulance to Memorial Hospital in Jasper, Indiana. At this point, the guest’s name has not been released.

"A full inspection of the roller coaster has been performed, and it was determined that the ride operated as it was intended to.

"The ride remained closed for the evening out of respect for the family.

"Holiday World & Splashin’ Safari officials ask for your thoughts and prayers for the guest and her family, as well as for team members who were onsite."

Holiday World opened to the public for its 75th season less than a month ago on May 15.

The tragic death comes after the Voyage roller coaster had just celebrated its 15th birthday.

The wooden coaster reaches just over 50m in height and officially opened to the public on May 6, 2006.

It was ranked as "The Best Wooden Roller Coaster" by Amusement Today magazine from 2007 to 2011.

The Voyage also won a Golden Ticket Award for "Best New Ride" after its opening in 2006.

Dubois County Coroner Katie Schuck has said a post-mortem examination has been performed on the woman and the results are pending notification of family members.