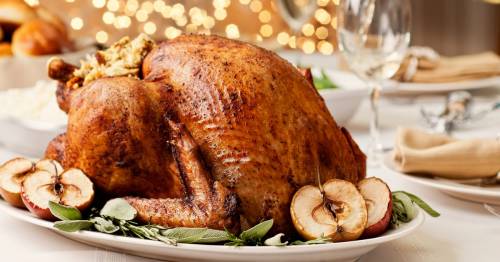 Why is Thanksgiving celebrated and what do you traditionally eat on the day?

Falling on the fourth Thursday of every November, Thanksgiving is a national holiday in the United States where friends and family come together to give thanks and recognise the sacrifices and blessings of the past year.

It's not celebrated in the UK but the festival which often revolves around a large meal is celebrated in other countries like Canada, Germany, Brazil and Japan.

Besides the meal, Thanksgiving also involves the Thanksgiving Day Parade which takes place in New York City every year since 1924.

Hosted by department store Macy's, it is considered the world’s biggest parade, it features huge balloons in the place of live zoo animals which used to be part of the early events.

Other traditions include the President ‘pardoning’ a turkey and allowing it to live in a farm. This tradition began with Abraham Lincoln, who was the first president to unofficially pardon a turkey.

After this John F. Kennedy spared a turkey publicly in 1963 but it was George H W Bush who made turkey pardon official in 1989.

Why is Thanksgiving celebrated and when was it made a holiday in America?

The origin of Thanksgiving dates back to 1620 when 102 people left England and arrived in the States in search of a place to freely practice their faith.

After arriving, these colonists who became known as the pilgrims were helped by local Native Americans to grow and harvest food.

It's said that a Native American man named Squanto taught the Pilgrims how to catch and produce local food, which led to first successful corn harvest.

In November 1621, both the pilgrims and Native Americans came together for a feast to enjoy the food they had grown – and this marked the first ever Thanksgiving.

The alliance between the two groups soured later, which in recent years has caused debates over the traditional narrative of Thanksgiving which critics claim paint a rose-tinted picture of US history.

What do you eat on Thanksgiving?

Thanksgiving typically revolves around big, delicious meal with a turkey as the main dish. The menu is also likely to contain turkey, mashed potato and cranberry sauce.

Carrots, parsnips and brussels sprouts are other favourites and the classic Thanksgiving dessert is pumpkin pie.

In more recent years, people have begun adding more variations to their feasts to include macaroni and cheese as well as sweet potato mash with marshmallow topping.

A variety of vegetarian options have also been developed including green bean casserole, cream of mushroom soup, mushroom Wellington and winter squash.

Previous : Man, 34, almost bludgeoned parents to death after dad refused to give him money
Next : Family to be ‘homeless’ as IT outage leads to collapse of house-buying ‘dream’