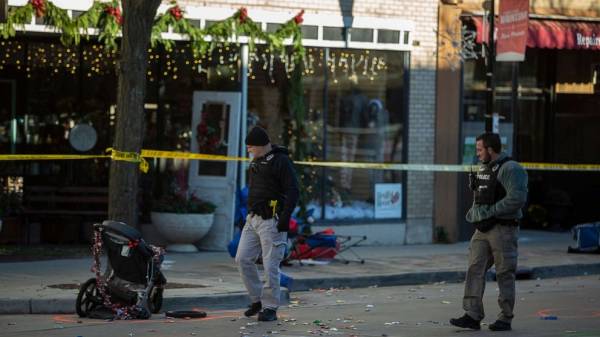 A Wisconsin court commissioner declared Friday that the suspect in November’s deadly hit-and-run during a Christmas parade in Waukesha must stand trial for over six dozen charges.

Commissioner Kevin Costello said the court found probable cause and bound Darrell Brooks to trial. Brooks, 39, is facing up to life in prison for 77 criminal charges including six homicide counts.

On Nov. 21, Brooks drove his SUV into a crowd that gathered for the parade, striking dozens of people, the criminal complaint said. He allegedly ignored several calls by officers to stop his vehicle and continued to strike paradegoers, according to the complaint.

Dozens of children were among the victims including Jackson Sparks, 8, who was killed.

A motive behind Brooks’ alleged actions is unknown, however, court documents filed Wednesday gave new details into the events leading up to the incident.

Brooks allegedly beat the mother of his child minutes before driving into the parade because she refused to bail him out of jail after he was arrested for allegedly running her over with the same vehicle earlier in November, according to court documents.

Brooks was arrested in that incident but was released on Nov. 19 after he posted a $1,000 bail, according to court documents.

Brooks is scheduled to return to court on Feb. 11.

Previous : Waukesha parade suspect to stand trial for murder
Next : Ukraine hit by cyber attack as officials warned to ‘be afraid and expect the worst’ – World News