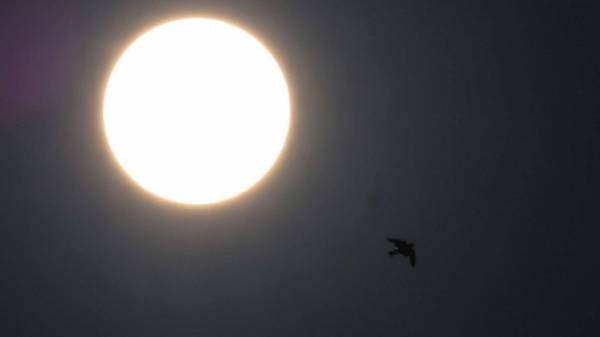 Watch: Solar eclipse visible in US for 1st time since 2017

A “ring of fire” solar eclipse is visible in the U.S. for the first time since 2017.

The event — which occurs when the moon passes directly between the Earth and the sun, blocking the sun’s light — illuminated the sky shortly after 5 a.m. EDT Thursday.

NASA began livestreaming the spectacle on its website in the early morning.

The eclipse can be seen in northeastern North America and northern regions of Europe and Asia.

NASA said it will end at 9:11 a.m. ET in the northeastern U.S., but time of maximum eclipse varies by location, according to the Farmer’s Almanac.

While the moon will be blocking some of the sun’s light Thursday morning, NASA emphasized on Twitter that it’s “never safe to look directly at the Sun,” so use eclipse glasses or an indirect viewing method if you’re watching the eclipse.

Previous : Final Logan Paul vs Floyd Mayweather purse and prize money as pay-per-view sales revealed
Next : Ernie Lively dead: Actor and father of Blake Lively dies at the age of 74