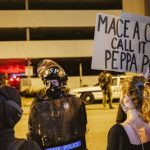 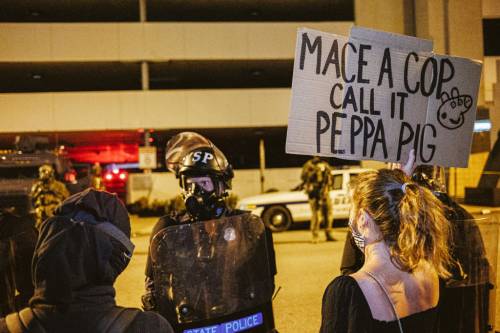 Last week it was announced that Jemar Tisby, one of the biggest names in progressive evangelicalism, was joining Ibram Kendi’s Antiracism Center at Boston University. Many Protestant churches took up reading Tisby’s books in the last couple of years to make sense of the nation’s racial reckoning, and while political conservatives might see in this a worrying Christian capitulation to left-wing cultural politics, the opposite is more likely: a theological gloss on them.

The spread of progressive evangelicalism is one of the most important developments in the American religious landscape today. The denominations where it’s proving most contentious are just to the right of the mainlines, since the mainlines have already been suborned for 80 years. But in the Southern Baptist Convention, ACNA, and the PCA, things are heating up. Within each of them there’s a new generation of clergy and laypeople, often supported by the big progressive foundations, who throw around the phrase “prophetic witness” a lot, though unlike the Old Testament prophets, they are very much in line with the spirit of the age.

These new progressive theologians have made their mark on Virginia especially, and many emanate from our titular university, whose endowment used to be managed by the hedge funder who bought off the state legislature for Warren Buffett in the name of “environmental justice.” The conquest of Virginia since the collapse of the state’s Republican Party has been so complete that it seems like the more substantial battles of our coming Third Reconstruction will take place elsewhere, in Georgia or maybe Texas, but our new UVA clerisy is here to make sense of things for us.

Pastor Greg Thompson, for instance, received his Ph.D. there, and is now the foremost defender of critical race theory in the PCA. Late last year Thompson panned Rod Dreher’s latest book, accusing him of having a “Cold War imagination” like Thompson did as a kid. The review begins with Thompson exploring a bomb shelter as a kid, illustrating the all-encompassing paranoia of a youth spent in the shadow of armageddon. The only problem is it takes place in 1985, the year Gorbachev came to power and the danger of nuclear war was fairly small.

There’s a lesson here, just not the one Thompson thinks. The left’s sense of racial strife today is analogous to someone hiding underground from a Soviet first strike as people are taking sledgehammers to the Berlin Wall. Fourty-four percent of liberals say more than a thousand unarmed black people are killed by police every year. They overestimate the problem by two orders of magnitude. But we follow the scripts that come down to us, and in the case of left-leaning evangelicals, it’s the script of the civil rights movement.

One difference between them and the actual civil rights movement is that leaders back then had a sense that serious damage could be done if their cause were seen to be linked with more radical, revolutionary ones like communism or anarchism. There is no such danger today, which is why guys like Thompson have no qualms about embracing things like liberation theology and critical race theory.

Or antifa, for that matter. A figure at the periphery of the genteel Northern Virginia evangelicalism that I grew up in was Alex Mejias, a musician who led a project covering classic church music in contemporary style called High Street Hymns. After a stint at UVA, he started a nonprofit called the Business Coalition for Justice and ran for a seat in the House of Delegates in 2017. The main project of the BCJ is the Richmond Community Bail Fund, linking apparently reasonable lefties like Mejias and his business friends to a considerably more radical agenda, while the bail fund relies on the business group for 501(c)(3) status. The bail fund first popped up on the BCJ website in 2017 soliciting donations, and began accepting cryptocurrency donations in 2018. According to archived pages on the BCJ’s website, they’ve also partnered with the Richmond Commonwealth’s Attorney and Public Defender’s offices.

The Twitter accounts from each organization together tell the story of the radicalization of the left in the Trump era. The first tweet from the BCJ account in 2016 thanked Ben & Jerry’s for making a statement in support of BLM; that year they held listening sessions with the Richmond PD, and Mejias seemed very interested in the possibilities of corporations to advance social justice. In 2018 Mejias knocked on doors for former spook Abigail Spanberger’s race in Virginia. But by 2020, when the slogan of the day was All Cops Are Bastards, the bail fund was signing coalition letters with the local antifa and calling for every inmate in Richmond’s facilities, prisons and jails, to be sprung. One has to wonder what the principles are of a man who simultaneously works with anarchist revolutionaries and tries to get CIA agents elected to Congress. One also has to wonder about the commitments of anarchists who accept his help.

Based on publicly available data, the bail fund grew very fast in the middle of last year’s Summer of Love. The BCJ filed 990-Ns for 2018 and 2019, which apply to organizations taking in less than $50,000. 2020’s 990s aren’t available yet, but as of early June of last year, according to statements on their website, they’d taken in $700,000. According to their year-end transparency statement, they had spent $1,459,550.94 by December. Searches for the Business Coalition for Justice or the Richmond Community Bail Fund on the Virginia charitable solicitation registry do not return results.

Their tweets show they’ve bailed out people involved in protests that caused more than $4 million in arson damage. Information on the bail fund was passed out at the protests on July 25 of last year:

Public tweets from the bail fund indicate they bailed out protesters from that day:

Second protestor has been given a $1000 cash bond by the Richmond City “Justice” Center magistrate-on-duty. We are in the process of posting this one as well. https://t.co/ZcnEvwgLKm

A friend remarked recently that the most effective way to create far-reaching woke change in America is by starting at the intersection of tradition and reform. That’s what these progressive evangelicals are for, and we haven’t seen the last of them. President Obama set this pattern in recent years, by crafting his arguments around the idea of carrying our best traditions into the future. When the former president said last year that “I’m not yet ready to abandon the possibility of America,” whether or not it carried an implicit threat, I’m sure he was telling the truth about himself. But it came after several years in which the religious left had shown they were more than happy to work with those who had already abandoned it.

Arthur Bloom is editor of The American Conservative online. He was previously deputy editor of the Daily Caller and a columnist for the Catholic Herald. He holds masters degrees in urban planning and American studies from the University of Kansas. His work has appeared in The Washington Post, The Washington Times, The Spectator (UK), The Guardian, Quillette, The American Spectator, Modern Age, and Tiny Mix Tapes.

Previous : Inside Pompeo’s Pitch for President
Next : We Should Prevent Russia-US Relations From Deteriorating Further, Kremlin Says