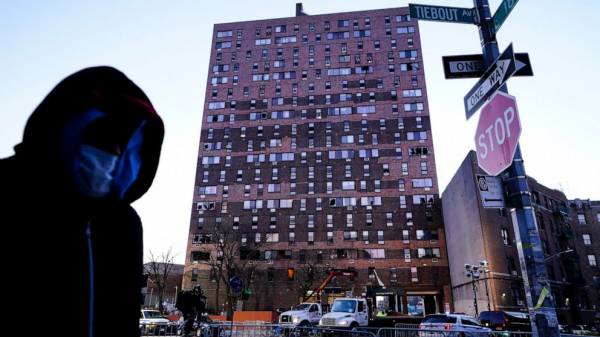 NEW YORK — The victims of a deadly apartment building fire in the Bronx included three young children who were part of a family that tried to make it down to safety but perished in the smoke.

Flames damaged only a small part of the 19-story building in the Bronx, but smoke poured through the building after tenants fleeing the unit where the blaze began left the apartment door open behind them in their hurry to escape.

Spring-loaded hinges that were supposed to slam the door shut automatically didn’t work. A second door also left open in a stairwell higher up acted as a flue, sucking deadly smoke upward and blocking residents from escaping.

“This is a very close-knit community. We are predominantly from one town in the Gambia called Alunghare, so we are all family,” said Dukuray, who drove to the Bronx from his home in Delaware on Monday. “Most of the people here, we are all related in one way or the other. Then in the building, we’ve been in that building for years, and so people that live in that building are members of this congregation also, so it’s like one big family.”

Fire Commissioner Daniel Nigro said the apartment’s front door and a door on the 15th floor should have been self-closing and blunted the spread of smoke, but the doors stayed fully open. It was not clear if the doors failed mechanically or if they had been manually disabled.

Federal safety regulators at the Consumer Product Safety Commission have opened an investigation into the space heater.

Previous : Children don’t recognise mum after she has 40 tattoos covered up for experiment
Next : Navy to comply with orders amid Hawaii water contamination crisis