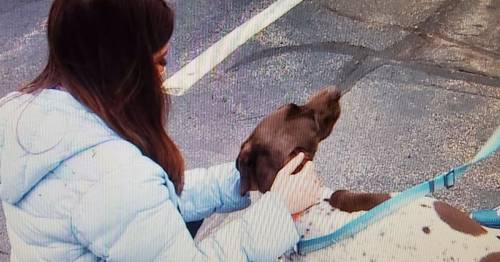 A hero TV journalist collared a suspect live on air after spotting a stolen dog while reporting on his theft.

Juliana Mazza, who works for 7News in Boston, was speaking on camera when she saw a German shorthaired pointer who looked suspiciously like the missing pet.

She was covering the theft of the 13-year-old dog, named Titus, close to the scene where he was taken when the incredible incident unfolded.

The camera was still rolling when she called the man walking Titus over, hoping to catch a glimpse of his collar, Inside Edition reports.

She said: “The first thing I did was I asked if I could pet the dog because I wanted to get down to the nametag to be able to confirm that the name matched the name of the missing dog." 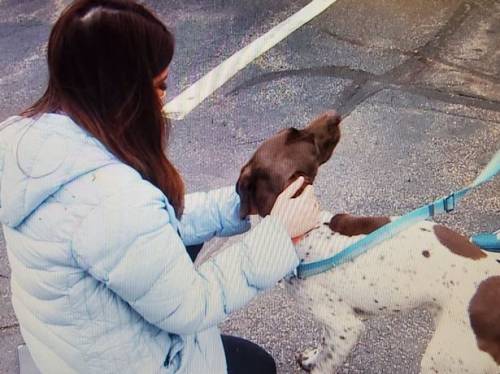 Juliana Mazza was filmed speaking to a man suspected of stealing the pet
(Image: julianamazzatv/Twitter)

She then asked the man why he hadn't called the number on Titus' tag.

The man, who claimed it was a misunderstanding, has been identified as Kyle Gariepy, 29.

He was charged with larceny and breaking into a motor vehicle after police arrived to arrest him.

Ms Mazza posted on Twitter : "My photographer John and I were covering a stolen dog story in Cambridge when all of a sudden we spot the dog. 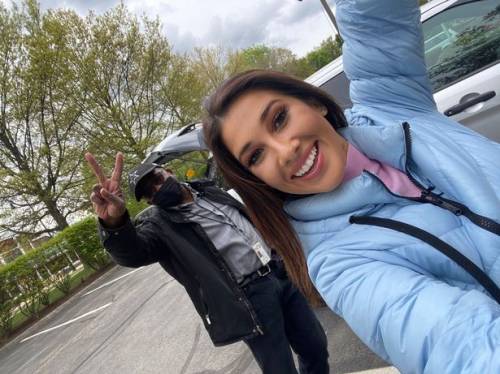 Ms Mazza said she was stunned by what had happened
(Image: julianamazzatv/Twitter) 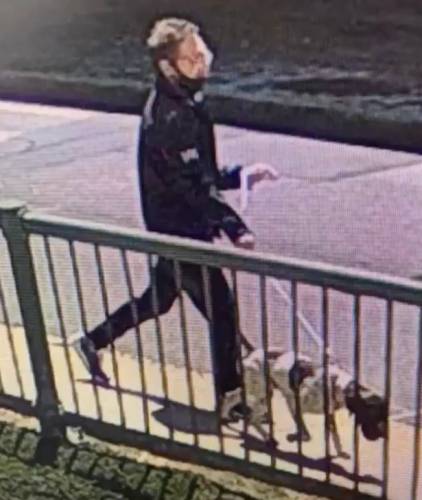 She spotted a man walking a dog that looked a lot like Titus, who had been stolen
(Image: julianamazzatv/Twitter)

"We were able to convince the suspect to give us the pup and kept him engaged until Cambridge Police arrived shortly after. We are so happy Titus is safe!"

And in a follow-up post she wrote: "We are so grateful for Cambridge Police quick response and for making sure the media had a photo of Titus so we knew what to look for.

"And of course so glad that we just so happened to be in the right place at the right time."

Owner Greg Siesczkiewicz said: “I’m thrilled to have Titus back, I think he’s glad to have me back."