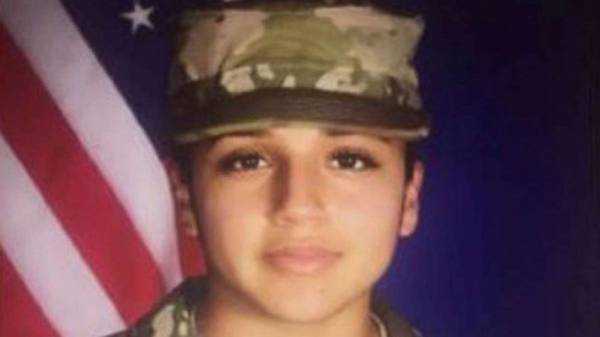 When Vanessa Guillen was a little girl, she dreamed of joining the Army, her family said.

At some point, her family says she confided in her two sisters, Lupe and Mayra, that she was having problems while posted at Fort Hood, the sprawling Army base outside of Killeen, Texas.

Her sisters said Guillen, 20, told them and fellow soldiers that she was being sexually harassed by a superior and was fearful of reporting the incident because of potential retaliation.

Family attorney Natalie Khawam said while Guillen was taking a shower, a superior came into the bathroom, sat down and watched her.

Fort Hood investigators said on their Facebook page that they “have no credible information or report that Guillen was sexually assaulted.”

While at work on April 22, Guillen was contacted by a fellow soldier, Specialist Aaron David Robinson, via text message to deliver paperwork regarding a machine gun that needed to be serviced, according to court documents.

After Guillen’s disappearance, her Army ID, bank card and two sets of keys were found by investigators inside a workshop where she worked.

Khawam later said she was told Guillen and Robinson had an argument in the armory where they worked after she discovered his alleged affair with the estranged wife of a former soldier.

Later, as local police and federal marshals closed in on Robinson, he died by suicide.

Human remains were discovered near Fort Hood a few days ago, and an examination is underway into whether they belong to Vanessa Guillen.

The U.S. Army Criminal Investigation Command received notification from Guillen’s captain that she was last seen on the Fort Hood base.

A search of Guillen’s cellphone records, according to court documents, showed that one of the last persons she was in contact with was Aaron David Robinson.

CID investigators interviewed the 20-year-old Robinson, who told them that the day Guillen went missing he went to the off-post residence he shared with his girlfriend, Cecily Aguilar, according to court documents.

Robinson told investigators that he only left the house once, to go back to the base to log in on a computer to enroll in training, court documents show.

Gabbard said she knows “personally the strength of the chain of command. I also know and understand that fear Vanessa must have felt.”

“I have long advocated for real reforms … for them to report these incidents outside the chain of command,” Gabbard added.

Investigators with CID identified Robinson as the deceased suspect who had been accused of killing Vanessa Guillen on April 22.

Military officials said at a press conference that Robinson was not Guillen’s superior and that during their investigation they didn’t find evidence of sexual harassment to confirm her family’s accusations.

“And I am really sorry that I was not able to provide them the information sufficient to reduce their suffering,” Major Gen. Scott Efflandt, deputy commanding general of III Corps at Fort Hood, said at a news conference.

Aguilar, 22, was charged with one count of conspiracy to tamper with evidence for helping dispose of Vanessa Guillen’s body, authorities said.

Aguilar is expected in federal court in Waco, Texas, for arraignment on July 6. An attorney was not listed for her among online court records.