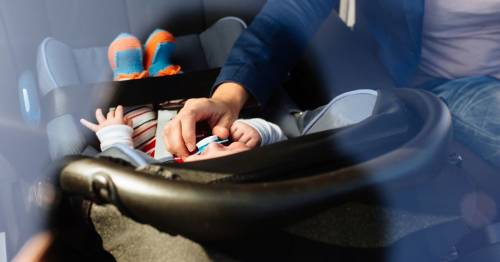 A baby left alone in his parents car for "several hours" during scorching temperatures has died.

Emergency services were called to help three-month-old Kayden Nguyen at around 5pm on Thursday (June 16) and despite lifesaving measures being undertaken, the tot remained unresponsive.

Police in Upper Saint Clair, close to Pittsburg, Pennsylvania said the boy was pronounced dead at the scene.

A police spokesman said: "Police determined the infant was left inside a parent’s vehicle for several hours and requested homicide detectives.

"The incident is under investigation."

The baby was left in the car alone [file photo]
(

Lt Costa added that any charges would be determined once the medical examiner’s office rules on a cause of death.

He said that detectives are confirming the timeline of events through security footage from the area and investigators are reviewing downloaded data from the vehicle’s onboard computer.

According to the National Weather Service, temperatures in the area reached 92F – equivalent to 33C.

Meteorologist Shannon Hefferan told the Trib Live in the US: “If the temperature is 90F outside, after 30 minutes it can feel like it is 120F inside a vehicle and it can reach 133F after 60 minutes.

Little Kayden is the fifth child to die in a hot car this year in the US, according to reports.