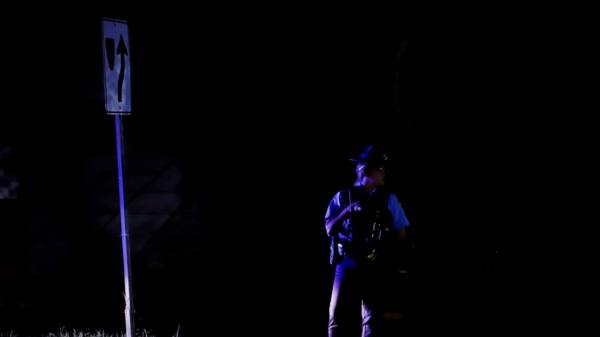 The problem-plagued energy company that powers Puerto Rico’s grid said it expects all customers to have their power restored by Friday evening after a fire at a substation Thursday left hundreds of thousands without electricity.

As of midday Friday, LUMA Energy reported that just 22,000 customers were without electricity service, a significant improvement compared to Thursday evening when some 700,000 customers remained plunged in darkness. All told, the incident impacted some 900,000 customers on the island, according to LUMA Energy.

The company said it expects to reestablish service for all customers by 6 p.m. local time on Friday.

Alejandro Granadillo/NurPhoto via ShutterstockMassive blackout in Puerto Rico after an explosion at the Monacillo power distribution located in San Juan, Puerto Rico, June 10, 2021.

A “significant fire and explosion” at the Monacillos electrical substation in the San Juan area occurred just after 6 p.m. local time Thursday, according to a LUMA Energy spokesperson. The company has not disclosed the cause of the explosion, and local authorities have vowed to investigate.

Thais Llorca/EPA-EFE/ShutterstocA policeman watches over the traffic in the dark after the fire registered in the Monacillos power substation, in San Juan, Puerto Rico, June 10, 2021.

LUMA Energy is a private firm that took over power transmission and distribution on Puerto Rico from the Puerto Rico Electric Power Authority at the beginning of June. Since taking over, the company has already suffered a number of outages impacting hundreds of thousands of customers.

The FBI’s San Juan field office said Thursday they were evaluating the situation and pledged their support to local authorities.

Alejandro Granadillo/NurPhoto via ShutterstockMassive blackout in Puerto Rico after an explosion at the Monacillo power distribution located in San Juan, Puerto Rico, June 10, 2021.

Puerto Rico’s Gov. Pedro Pierluisi said in a statement Thursday evening that authorities are investigating the explosion and taking “all the necessary steps to protect essential services,” adding that “all the resources of our government are active and available to attend this emergency.”

While reestablishing electrical service as soon as possible was the priority, Pierluisi said they are also focused on probing the cause of the incident.

The governor pledged that whoever is responsible for it “will have to respond to the People of Puerto Rico.”

Previous : ‘We should all raise our spirits and back our local pubs for the good of the trade’ – Fiona Phillips
Next : LGBTQ activists react to Justice Department defense of Title IX religious exemption