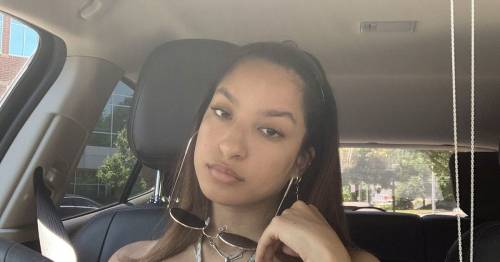 A teen has found her long-lost dad on Facebook – and discovered she's been pronouncing her own name wrong her whole life.

Lisa Mercanoglu, 18, accepted life with just one parent, her mother Princess Wilkins, after her biological father left when she was three.

But after Googling his name to try and verify the spelling, she stumbled across his Facebook account and sent him a message.

Two days later, Lisa's father Cengis Mercanoglu responded with a flurry of excited messages, revealing that she had two siblings and nephews.

He also revealed she had been pronouncing her name incorrectly her whole life – telling her that her surname is 'Mer-Jon-o-Loo' in Turkish, not 'Mer-Can-o-Glu'. 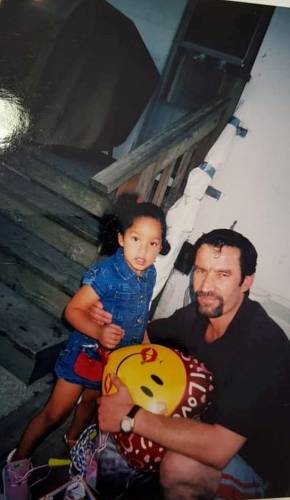 Waitress Lisa said: "I wasn't nervous at the time because for some reason the entire situation still didn't seem real.

"It felt like a long dream that I had yet to wake up from."

Lisa's mother Princess, 48, met her father Cengis, 54, at a marina in Long Beach Island, New Jersey, USA, where she worked in maintenance and he sold fuel to boat crews.

They quickly fell for each other, and it wasn't long before Princess became pregnant.

The couple stayed together, but Princess raised newborn Lisa and her brother Lenroy Letts, 24, on her own, when Cengis' visa expired three years later.

Cengis had to return to Turkey and left the mum-of-two with a phone number in the hope that they would stay in contact, but they lost touch.

Lisa said: "When Cengiz left, she was understandably distraught but my mum has never been one to depend on a partner for a source of happiness or stability, so the mourning period was quite short.

"They lost touch as a result of drastic distance, lack of technological understanding, and my mom's unyielding ability to lose things – including his international phone number.

"As I grew up the only physical evidence I had of my father were three photos and a bracelet that he had left me.

"I would sometimes wonder why I regarded these inanimate objects so highly but I used to imagine that they held the essence of my father. 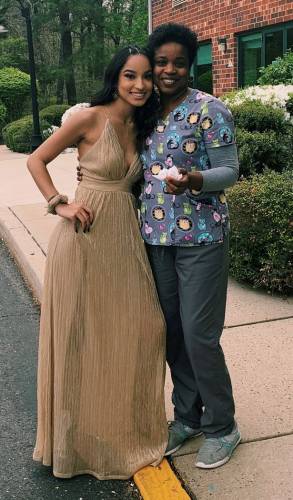 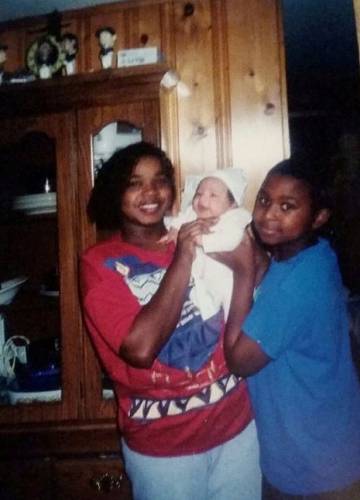 "I felt the slightest bit connected despite having no memories of him or present connections, until now."

As Lisa grew up, nursing aid Princess would float the idea that perhaps she should try to reach out to her father, but she didn't want to.

She said: "I don't know if that sounds rude but after 16 years, you learn how to live without someone."

On May 6, the neuroscience student was chatting with her mum on FaceTime and they started discussing her dad.

She said "She was telling me how she thought his name was spelled and I went on to look it up on Google to see if we could simply confirm the spelling.

"At this point, my mother merely knew his name but had no ideas of his whereabouts in the past 16 years, so we had both been in the dark."

She stumbled upon a news article with a picture of Cengis and from there found his LinkedIn page and eventually Facebook. 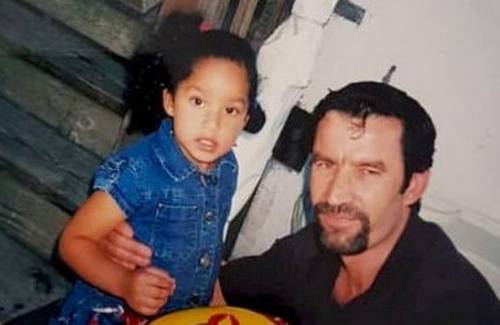 She said: "When I found his Facebook I was more fascinated than anything.

"I stalked the photo albums and recent updates to see how time had changed the man that I had recognized from my pictures."

Princess convinced her daughter to take the leap and send him a message to satisfy their curiosity.

"I know the message seems a bit lame but what do you say to someone after almost 20 years?"

A day passed and the nervous duo heard nothing, so they concluded that was it and they would never know more.

But the next day, Lisa woke up to four messages.

Lisa said: "As soon as I saw his response I called my mother, dumbfounded and shocked that he even responded. 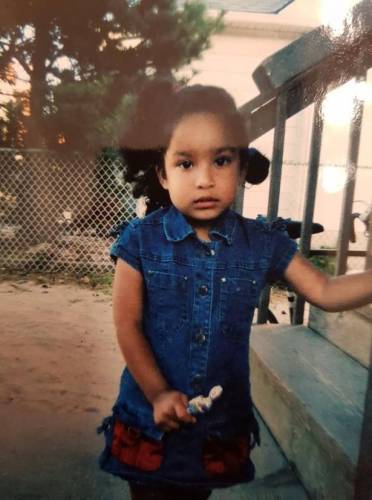 "She was also shocked but was more than excited to see that he had responded and wished to speak to me."

Cengis confirmed that he was Lisa's father and they spoke on the hone.

Shocked Lisa said: "On our first phone call, I believe the first thing he asked me was if I 'was really his baby', upon which I stated that I 'think so'.

"A bit awkward, but the slight language barrier and circumstances are to blame for that.

"I wish I could say that our talk felt nostalgic but it did not. Instead his voice felt very, very distantly familiar."

Immediately after hanging up the phone, Lisa's head was spinning, and she made a TikTok video talking about the events that had occurred over the last 72 hours.

The video went viral – and currently has over 670,000 views, nearly 75,000 likes and hundreds of comments asking for updates.

Cengis told her she had an older brother, six-year-old sister and two nephews, and that he had been looking for her for nearly 15 years but couldn't find her as he thought she kept her mother's maiden name.

He also revealed that she had been pronouncing her name incorrectly her whole life.

She said: "He corrected me on its interpretation and for some reason I instantly felt disconnected from myself.

"I had always been told that my name was the one thing that could not be taken from me and it was representative of 'where I came from', at least that's what my mom always says.

"But in that moment I realized I had no idea where I had come from, aside from the side of the family that I had grown up with."

Businessman Cengis and Princess also reconnected for a few minutes, and dad-of-three said her voice "made memories flood back to him".

The family are planning to reunite over the next few months as soon as restrictions allow it in Turkey.

Lisa said: "Sometimes you find people or things when you least expect them, but when you need them most."